US Journalist freed by Iran, reunites with parents 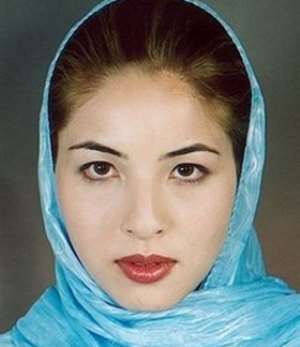 Roxana Saberi An American journalist jailed for five months in Iran was freed Monday and reunited with her parents after an appeals court suspended her eight-year prison sentence on charges of spying for the U.S.

Roxana Saberi, a 32-year-old dual Iranian-American citizen, met her parents outside Evin prison Monday evening after the court cut her jail term to a two-year suspended sentence, her lawyers said. While they awaited her release, her mother, in a headscarf, smiled while her father looked overcome with emotion.

"She was reunited with her father and mother. They left for their house," her lawyer Saleh Nikbakht told The Associated Press. He said Saberi was free to leave Iran immediately.

Her Iranian-born father, Reza Saberi, said he planned to return home with his daughter in the next few days. The family lives in Fargo, North Dakota and her parents have been in Iran for several weeks seeking their daughter's freedom.

Iran's about-face clears a major snag in the Obama administration's efforts to engage Iran in a dialogue after decades of shunning the country. Washington had called the charges against Saberi baseless and repeatedly demanded her release.

Saberi, who grew up in Fargo, moved to Iran six years ago and had worked as a freelance journalist for several organizations including National Public Radio and the British Broadcasting Corp. She had gone on a hunger strike in prison recently to protest her jailing but ended it after two weeks for health reasons.

She was jailed in Evin prison, where many political prisoners are held, since January.

On Sunday, a court heard an appeal of Saberi's conviction and sentence and her lawyers emerged saying they were able to defend her and were optimistic her sentence would be reduced.

The United States, several European countries and human rights groups had been advocating for Saberi's release.

"They (Iranian officials) surely must have felt the weight of international pressure," U.S. Senator Byron Dorgan of North Dakota told the AP after hearing she would be released. AP