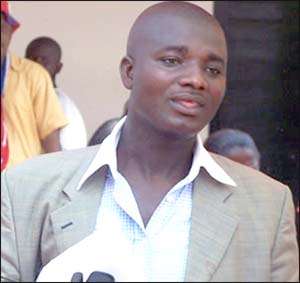 A Kumasi Circuit Court on Wednesday granted a self-cognisance bail of GH¢1,000 to Kwaku Appiah, popularly known as “Appiah Stadium”, a security man, for embarking on a demonstration without notifying the police.

He pleaded not guilty together with his accomplices; Ernest Osei-Wusu, Secretary, Kwame Karikari, Electrical Engineer, Mensah Bonsu, Mechanical Engineer and Obed Asamoah, Engineer who were charged with conspiracy and holding special event without the notification of the police.

All accomplices were granted the same self-cognisance bail.

Prosecuting, Police Chief Inspector Isaac Apenteng told the court presided over by Mr Adjei Frimpong that on December 31, 2008, the accused persons embarked on a demonstration without lawful authority at Danyame.

He said they were arrested and the Ashanti Regional Police Commander instructed that they should be investigated after he had interrogated them.

During the investigation, it was confirmed that they held and took part in the event, he said.