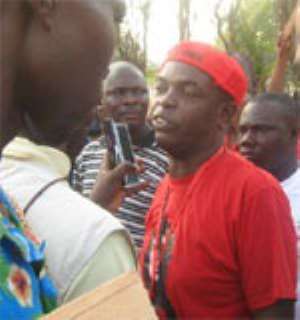 The Committee for Joint Action (CJA) led by the Managing Editor of the Insight newspaper, Mr Kwasi Pratt, stormed Parliament House of Ghana during today's vetting of Ministers.


In an interview with Peace FM sources, the CJA members said, they were there for peace and to show their loyalty to their Members, who have been nominated by the President, but not to interrupt the appointment committee's work.