Credit Unions must strategize to stay in business 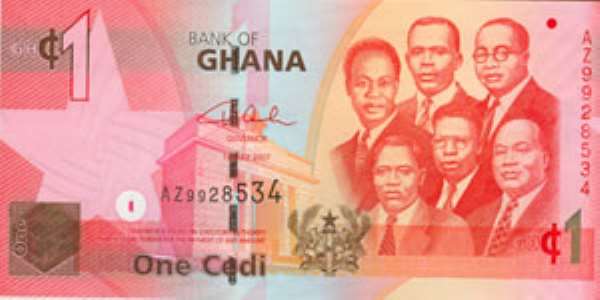 
Mr. Joseph Kwabena Onyinah, Ashanti Regional Director of Education has asked board and management of Credit Unions (CUs) to design innovative strategies that would make them more relevant and remain in business.

He said with the influx of large numbers of non-banking financial institutions coupled with infiltration of commercial bank into the micro financial sector, CUs needed to develop innovative ways to sustain their membership and stay in business.

Mr Onyinah was speaking under the theme: “sustaining Credit Unions amidst micro financing schemes” at the 38th annual general meeting of the Saint Peter's Co-operative Credit Union in Kumasi on Sunday.

He said currently, there were about 45 registered non-banking and micro financial institutions operating in Ghana, while the commercial banks were also moving into the micro finance sector which is the base of the CUs adding that, this situation posed a serious challenge to the sustainability and growth of CUs.

Mr Onyinah said CUs could sustain themselves by introducing flexibility in their operations, especially in the areas of credit facilities and granting of loans to encourage members to borrow from them instead of borrowing from outside.

They could also employ dedicated staff and motivate them to stay for long while at the same time strengthening management systems in order to prevent leakages and promote efficiency and transparency at all times.

He also called on members of the Union to work hard to sell the Union to others to ensure its sustainability.

Mr Annan said the Board could not however approve any dividend to be paid to members in view of the Union's inability to make profit.

He expressed concern about the recalcitrant loan defaulters and said court action would soon be instituted against them to collect all outstanding debts.

Me Annan called on members to encourage dormant and inactive ones to rejoin the Union in order to sustain and promote its growth.

Don’t give me reason to close down schools again – Akufo-Add...
22 minutes ago