Teenage Ghanaian girls as sex slaves in The Gambia 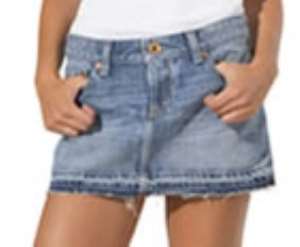 
Reports reaching the Gye Nyame Concord newspaper indicate that the authorities in the Gambia last week questioned a group of 23 Ghanaian girls who have been trafficked into that country for use as 'sex slaves' and domestic servants.

This follows a swoop on a child trafficking ring that has been sending the teenagers into the country illegally to work along the coast where a lot of Ghanaian fishermen live with their families.

The rescued girls, aged between 12 and 18, were made possible by the joint operation of the Gambian Immigration officials and some child rights activists. Our information indicate that this is not the first time such an operation had been undertaken to rescue Ghanaian children and that in 2006 a similar operation was done where a total of 63 children were also freed. An official of the Gambian Intelligence Agency, who spoke to this paper on condition we would not name him, said 'the children can neither speak English nor any of the local languages. They speak Ewe and Twi'.

He said lately Gambians have been shocked at reports in the local media about teenagers being used as sex slaves, citing the closing down of a foreign-owned motel in the capital, Banjul, some few months ago by authorities because its owners were indulging in child sex abuse. According to him, most of the children being questioned have been identified to be coming from the Central and Volta regions of Ghana and that as at now no arrangement have been made to return the children to their families.

The 23 girls, this paper gathered, were discovered in a fishing community 25km south of Banjul, locally known as 'Ghana Town', because it is populated entirely by Ghanaian fishermen. 'They are forced to satisfy the sexual desires of the older men (masters) who can be their fathers within the strong 5,000 Ghanaian community” he added.

The Gambian authorities say they also found out that the girls were made to work long hours smoking fish caught by their masters and selling gari, a common staple food made from cassava. Apart from working for long hours and serving as sex slaves for their various masters, the girls are prevented from going to school while their masters' own children went to school.

The girls told the Gambian officials they had been forbidden to contact their parents back home. The Gambian officer told this reporter that after the successful operation, they have adopted the house to house approach and have already rescued a dozen Ghanaians, including many found in single rooms. One thing he said they are trying very difficult to understand is whether the girls were offered for sex to tourists since sex tourism in The Gambia is very alarming.

According to our sources, parents are often duped into sending their children with traffickers on the pretence that the child would be given a better life or education with a host family oversees and that “they are told their children will be able to send back remittances to ease the family's grinding poverty”.

Contacted, officials at the Ministry of Women and Children's Affairs {MOWAC} declined knowledge of the case in question, but said they also have knowledge of 12 girls who were trafficked into the Gambia and have since been rescued and brought back to Ghana. Marilyn Amponsah of the International Desk at the Ministry said “we'll be working in collaboration with our partners in the Gambia to get the girls released to their parents”.