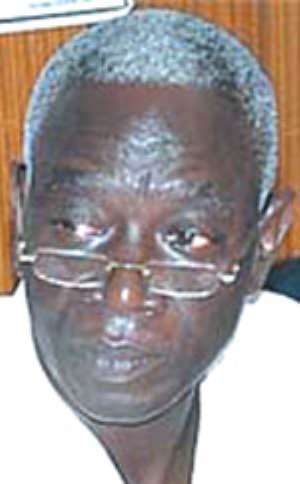 The Chairman of the Electoral Commission (EC), Dr Kwadwo Afari-Gyan, has asked political parties in the country to recruit credible and vigilant people who are familiar with the electoral process as polling agents in order to prevent any party from rigging this year's general elections.

He called on political parties to discard the notion that the role of polling station agents was a job for the boys or macho men, but rather they should select people who have in-depth knowledge on the “dos and don'ts” of the electoral process in order to prevent any form of electoral malpractices in the December polls.

The EC boss made this statement at a special Regional Inter-Party Advisory Committee (IPAC) forum on “building stakeholders confidence in the outcome of the 2008 elections” in Cape Coast, on Monday.

Dr Afari-Gyan explained that Ghana was one of the few countries that allowed party agents to monitor electoral processes right from registration to voting as well as allow anybody to challenge the credibility of any suspicious voter.
He added that if parties recruited credible and knowledgeable polling agents, it would help prevent any form of violence that could plunge the country into chaos.

On the issue of bloated voter's register, Dr Afari-Gyan assured Ghanaians that the EC has set up a committee to investigate the issue and that the committee will present its findings before the elections.

He added that the EC had put in measures to conduct transparent and successful elections as it has done over the years.
He disclosed that a registration review committee made up of a representative from the traditional council, education and the EC would be set up in every district to address issues of voters whose eligibility would be challenged.

He further added that aggrieved persons could send the committee to court if not satisfied with the decision of the committee and that the EC has never contested any court ruling.

Dr Afari-Gyan noted that the replacement of lost identity cards was ongoing and that those who have misplaced their voter ID cards can go for new ones to prevent multiple registrations.

A member of the EC, Ms Eunice Akweley Roberts, who was also the chairperson for function, implored on political parties to avoid unfair campaigns and educate their supporters including those abroad, on the electoral processes and the political parties code of conduct in order to create a peaceful atmosphere on the election day.

She urged all to respect the presence of the police and other security personnel at the various polling stations to forestall any creation of confusion.

The Central Regional Chairman of the EC, Mr Samuel Tettey revealed that 33,431 voters replaced their lost ID's in the just ended voter's ID replacement exercise in the region.

He added that most non-resident applicants were denied access to a new ID card because they were not able to give adequate information on their constituencies and electoral areas.

The Country Director of Friedrich-Ebert-Stiftung, Kathrin Meissner urged Ghana to keep its title of “the good example of Africa” in terms of successful elections to show the world that elections in Africa should not always be violent.

EC Director of Human Resource and General Services, Mr Samuel Yorke-Aidoo, stated that due to circumstances beyond the control of the commission, the forthcoming voter's registration exercise has been indefinitely postponed. He added that the EC would come out with an appropriate date in due time.

He said the commission is expecting between 600,000 and one million people to register when the exercise opens.
Mr Yorke-Aidoo added that four officials, including the registration officer, the shader, the laminator and the photographer will be placed at about 50,000 registration centers that would be mounted for the exercise.