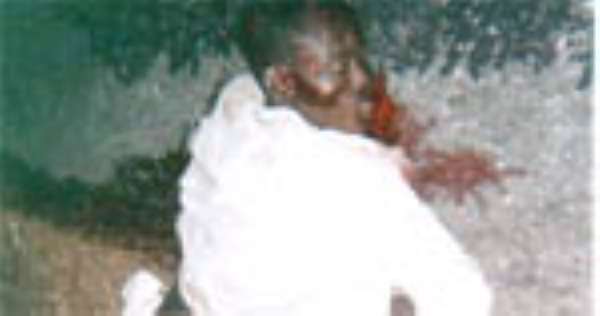 AS THE people of the Volta Region brood over the upsurge of murder cases in the region, with the most recent one being the dumping of the body of a man believed to be in his mid-twenties on the Dzolokpuita-Akorme road, they have been hit by yet another gruesome case.

This time, a 16-year-old boy has been shot to death by a farmer at Tsitornu near Akatsi, for allegedly attempting to steal a guinea fowl.

The alleged murderer, Dominic Kwami Agbozo, 68, was said to have shot the deceased, Francis Kaleh in the forehead, killing him instantly and later rushed to report the case to the Akatsi Police.

DAILY GUIDE has reliably learnt that owing to conflicting reports on the incident, the Akatsi Police had instituted full-scale investigations to unravel the circumstances under which the deceased was shot.

While family sources of the deceased maintained that Agbozo might have shot Francis because of pressures from his (Francis) family that he (Agbozo) should pay for a service the deceased rendered him some time ago, Agbozo however claimed in his statement to the police that he shot the 16-year-old while he was in the process of stealing his guinea fowl.

The Police have however not found any guinea fowl at the scene of the crime.

Narrating their side of the story to DAILY GUIDE, a resident (name withheld) disclosed that on the morning of Saturday February 2, this year, the deceased helped the mother who was then going to the Akatsi market with her luggage to the road side, and on his return met the suspect who allegedly shot him in the head, killing him instantly.

The source further revealed that prior to the incident there had been a misunderstanding between the suspect and the deceased because of his failure to pay the deceased for shepherding his cattle.

The resident continued that as a result of Agbozo's reluctance to pay the deceased, there had been immense pressure from the latter's relatives, with the latest being a visit by the victim's relatives to the suspect's house a day before the incident, to prevail on him to pay the money.

Narrating the incident as contained in police report, however, the Volta Regional Police PRO, Inspector Joy Afagbedzi, disclosed that at around 12.30 pm the suspect called at the Akatsi Police Station and reported having shot a thief who came to steal his guinea fowl.

He was immediately detained by the police, who later visited the scene of the incident and saw the body of the young man in a pool of blood with no guinea fowl or any sign of the bird.

Further police investigations, he indicated, revealed that the deceased had ever worked for the suspect as a shepherd.

He said in his statement the suspect alleged that fateful morning he heard his guinea fowls making an unusual noise. He then loaded his double barrel gun and upon seeing the deceased allegedly stealing the birds, shot and killed him instantly.

He reportedly called members of the community to identify the body, and thereupon some relatives of the deceased got wind of the incident and rushed to the scene and to their dismay it was their son.

Inspector Afagbedzi said relatives of the deceased insisted that the suspect knew the boy very well as he once worked for him.

Reports later reaching the paper indicated that angry relatives of the deceased had burnt the suspect's thatch house, while some had threatened to attack the police during their visit to the area.

Meanwhile, the suspect has been arraigned before the Akatsi Magistrate Court and remanded to reappear later, while the body of the deceased has been deposited at the St Paul's Hospital mortuary at Akatsi.