Drug-resistant AIDS: the next tsunami 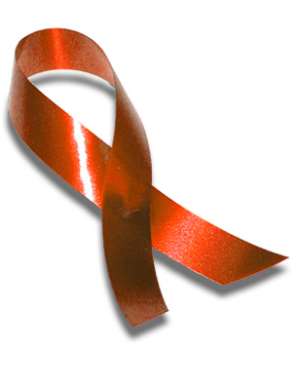 At the forthcoming G8 summit in Germany, leaders are keen to play up their global citizenship by pledging millions more dollars to meet the UN's target of putting 10 million people on HIV/AIDS antiretroviral treatment by 2010. No doubt the money will prolong many lives but, behind the headlines coming from Heiligendamm, the neglected issue of drug resistance is starting to simmer--and it will soon make current financial commitments seem puny, while damaging the economies of countries already ravaged by HIV/AIDS.

For some hint of what is brewing, look at Thailand. In 2005, the US Centers for Disease Control reported that Thai scientists had found accelerating resistance to GPO-Vir, an untested fixed-dose combination AIDS drug manufactured by the Thai government. This was pushing increasing numbers of patients onto “second-line” treatment. According to humanitarian NGO Médicins Sans Frontières, “treating 58 patients on second-line drugs is equivalent to the price of treating over 550 patients on first-line [drugs]”--nearly ten times more.

The UN wants universal treatment of 9.8 million AIDS patients by 2010. If MSF's calculations are correct, and a conservative 20% of patients globally are already drug resistant, this means that 1.96 million will then be drug resistant and needing second-line therapies. Taking the MSF ratio, this means that treating them would cost as much as 18.4 million AIDS patients on first-line therapies. This is financially impossible.

Since about 2000, advances in anti-retroviral drugs have turned HIV/AIDS from a death sentence to a manageable condition. One way of achieving lower prices for poor countries was fixed dose combinations (FDCs)--two or three drugs in one tablet. Activists lobbied the WHO for action, which then placed a number of untested FDCs on its “pre-qualification list” in 2002: thousands of patients in poorer countries started using them.

Predictably, problems emerged. Inspections of the Indian factories making the drugs revealed poor standards. If a drug is not “bioequivalent”, it can encourage drug resistance. As a result, 18 drugs were de-listed by the WHO in 2004--too late for many patients, even though some drugs were reinstated after they passed testing. Many AIDS patients in Africa still receive drugs that have not been tested for bioequivalence.

Successful AIDS treatment programs have demonstrated two certainties: they lead to drug resistance in the best of medical environments and their costs always rise. Substandard drugs accelerate this process rapidly.

To the World Health Organisation's credit, it never recommended Thailand's GPO-Vir and even said it should not be sold outside Thailand. Nevertheless, MSF continues using it in Thailand and Cambodia, so resistance and the cost of second-line treatment will keep on rising there.

Drug prices, however, are only a small part of the equation. Even second-line drug prices are small change compared to the cost of the medical infrastructure required to administer these complicated medicines. This could easily raise the cost of dealing with drug resistance to US$44 billion by 2010--not including the costs of corruption, recurrent costs or the lavish running costs of international organisations (and their consultants), which could boost this figure by 40% to US$62 billion, according to a recent study by the Hudson Institute.

This is serious cash, even by the standards of the well-fed AIDS industry. To put it in perspective, UNAIDS said fighting AIDS will require US$22.1bn in 2008, representing 30% of all development aid from the nations of the Organisation for Economic Co-operation and Development (OECD). If this rose to US$62bn, it would swallow up 65%.

This is an enormous proportion to spend on one single disease and will squeeze out spending on other pressing development and health problems in the world's poorest countries.

Nearly half the poorest countries already receive aid worth more than 50% of government expenditure and more than one-fifth get more than 75%. Higher drug resistance can only increase the dependency of African states on OECD taxpayers, with the USA paying the most.

Considerable economic damage would inevitably follow. In 2004, the International Monetary Fund warned of the dangers of aid flows for HIV/AIDS: large inflows of foreign currency raise local exchange rates, hitting exports, they increase inflation when aid is spent locally on “non-tradable goods” and they push up domestic interest rates. These all hurt the poor the most.

OECD policymakers will soon have to take out their calculators and realise exactly what kind of money will be demanded of them--and they may get cold feet. Drugs are expensive but paying for the hospitals and staff to administer them are much, much more expensive.

To get the figures straight, the WHO must evaluate drug resistance rates in the developing world and the World Bank must calculate the economic effects and costs of long term AIDS treatment within the fragile health systems of poor countries.

The only way to get these costs down is to reduce the number of people infected with HIV/AIDS. Drugs cannot do that: it can only happen if the WHO faces up at last to the urgency of preventing new infections.

By recognising this and urging greater funding for prevention, the G8 could help save millions of poor people from this tsunami of drug resistance.

Jeremiah Norris is director of the Center for Science in Public Policy at the Hudson Institute, Washington DC.
Philip Stevens is the Director of the health programme at International Policy Network in London.

Reopening Of Schools: Not Testing Students, Staff Dangerous,...
30 minutes ago