NDC TO DEPRIVE NPP OF ONLY SEAT IN V/REGION 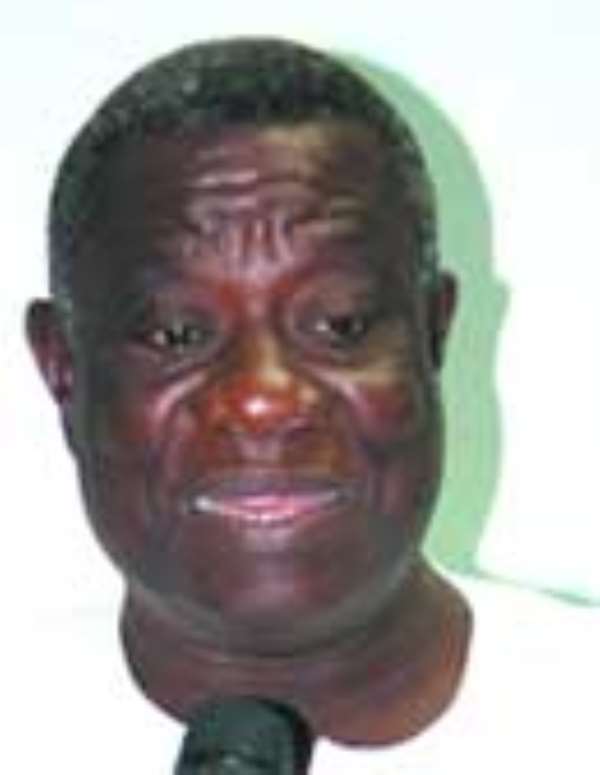 THE VOLTA Regional branch of the National Democratic Congress (NDC) says the election of Professor John Evans Atta Mills as its flagbearer has set the stage for victory for the party in the 2008 general elections and would do everything possible to protect the opportunity.


According to the regional executive of the party, the recent congress has demonstrated to Ghanaians the level of maturity of internal democracy within the NDC and the beauty of democratic practice in the party.


Speaking in a post congress interview with The Chronicle in Ho, the Regional Secretary of the party, Mr. Francis Ganyaglo said the current leadership of the NDC were united, focused and purposeful, a characteristic he noted was crucial for the party to take over power from the incumbent NPP in the next elections.


The Regional Secretary declared that the election of Prof. Mills was total victory for the NDC because the other contestants openly declared their support for the flagbearer, which has created a new image for the NDC as well as rebuilt confidence of the electorate of the party.


Mr. Ganyaglo noted that the former President and the Founder of the NDC, J.J Rawlings needed to be commended for his political maturity particularly at a time when he decided not to vote at the congress, thereby sending signals that he had confidence in all the four aspirants.


He commended the media for the professional manner in which they reported the congress as well as commended the other three aspirants for accepting defeat, which he noted demonstrated their love for the party and an indication of their political maturity.


Mr. Ganyaglo noted that with the declaration of Prof. Mills as the flagbearer of what he called the great NDC party, political activities would soon start to electrify the Region into the finest campaign to drive Prof. Mills whom he described as a star of peace and development minded, to the Castle in 2008.


Contributing, the Vice Chairman of the Ho Central Constituency of the NDC, Mr. Issac Kodobisah said the election of Prof. Mills would definitely create problem for the NPP as it was the greatest fortune for the NDC because the NDC flagbearer was a former Vice President, and two times flagbearer of the NDC, which made him already popular.


He said the flagbearer of the NDC has no credibility problem as Ghanaians could bear witness that Prof. Mills distinguished himself when he served as Vice President of the country adding that some of the opponents of the NDC after the congress were allegedly not happy that Prof. Mills was elected because he would defeat any candidate in view of his rich experience over the years.


Mr. Kodobisah however advised the political opponents of the party not to engage in any negative propaganda against the NDC flagbearer since any of such utterances would rather help the NDC flagbearer to become more popular as he was already a marketable product in the Ghanaian political front.


The Ho Central Vice Chairman noted that it was even good that Ghanaians have experienced governance under the NPP regime as they could compare that of the NDC and the incumbent government adding that the NPP only gave vain promises to improve the living conditions of the people.


He threatened that the regional branch of the NDC would mobilize its human resources to engage the NPP in what he called modem political battle to take over the Nkwanta North seat, the only pride of the NPP in the Volta Region back to the NDC and deprive it of signs of existence in the region. “This time we are going to be very vigilant and no matter the manipulation, the NDC would be prepared to match them boot for –boot and they should never attempt it because we are ready”.


Mr. Kodobisah however alleged that upon hearing the news that Prof. Mills was elected as the flagbearer of the NDC, most of the people were happy because the NDC promised to deliver the long suffering of Ghanaians adding that “NDC salutes all of you for your patient to wait for the right time that Atta Mills is coming to put smiles back on your faces once again”.