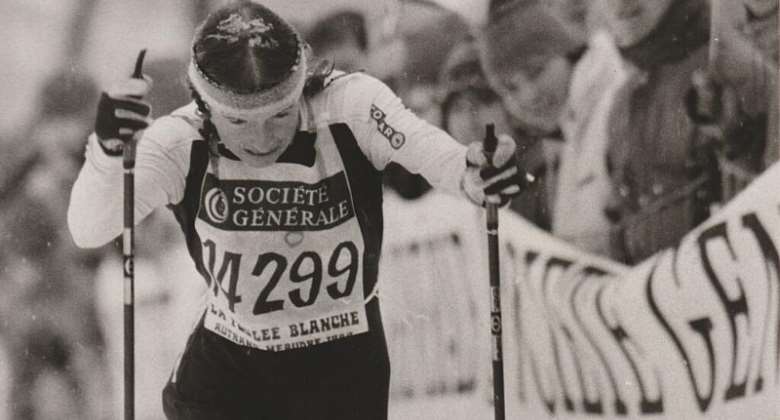 On International women sport's day, we highlight the journey of Marie-Christine Subot, a French pioneer in cross-country skiing. Her daughter Célia Poncelin looks back on her mother's sporting career in her recently published book Une si grande championne (A great champion).

Twenty-nine year old Célia Poncelin was born in the French Alps into a sporty family. Her mother, Marie-Christine Subot, was a cross-country skiing champion in the 1970s and 80s.

Subot won her first French championship title in 1975, aged 20, when she was studying mathematics.

Célia Poncelin had grown up knowing her mother's passion for sport but discovered the details "by chance" three years ago when she landed on her mother's family archives.

"My mother faced a very male world and a lot of obstacles," Célia Poncelin told RFI. "She was turned down by the French team and the Cross-country skiing Federation. They took a dim view of it all."

Some competitions were even forbidden to women.
Poncelin tells an amusing anecdote about an article in Le Monde newspaper headlined 'Women without beards at Vasaloppet'. The Vasaloppet race in Sweden is the hardest cross-country ski race in the world and was forbidden to women until 1981. To participate, women used to dress up as men.

"My mother didn't dress up because she first took part in 1981. And she came second in that race.

"This also shows that women don't let a ban stop them. They transgress and transform bans, even taboos," Poncelin explains.

For 10 years, Marie-Christine Subot "hung in there" and continued her sporting career, becoming a French champion 20 times and the first French woman to go international.

She was also a trailblazer in France, as the first French woman to take up cross-country skiing.

"My aim was really to pay tribute to her career because it has inspired me enormously. She showed me the way and that the path we chose for ourselves as individuals is the right one.

She hopes her mother's example can inspire other women to go further.

"In fact, it's really important to have female role models, whether in women's sport, or more broadly in feminism – to say that there are women who have been there and succeeded in the past, and to show how far they have come."

Today, sportswomen are a bit more visible in French media, but according to the sport business watchdog, in 2021, only 20 percent of sports broadcasts were devoted to women's sport.

"Sportswomen are also paid less. I think that there are still issues of self-censorship, of having less self-confidence," she says. "We still have a lot of work to do to achieve equality."

But it looks like Subot's achievements haven't just inspired her daughter. Two weeks ago, France scored a first when a Frenchwoman won a stage in the cross-country skiing World Cup.