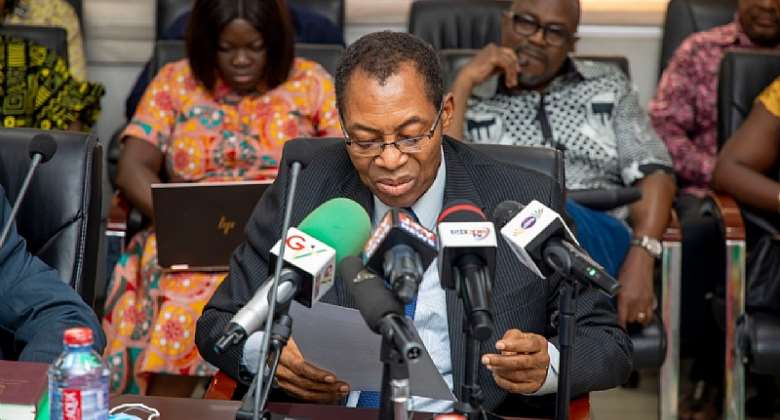 Minister of Finance, Mr Ken Ofori-Atta, has sworn members of the first-ever Independent Tax Appeal Board (ITAB) of the Ghana Revenue Authority (GRA) into office with a charge to establish a strong tax dispute resolution system to support revenue mobilisation.

He asked them to ensure that justice was done in the administration of taxes in the country.

The 11-member Board was established in line with the Revenue Administration Amendment Act, 2020 (Act 1029).

The Minister noted that Alternative Dispute Resolution (ADR) mechanisms were accepted as a speedy and more cost effective approach to resolving disputes, even tax disputes.

He was confident that an ADR mechanism would boost investor confidence and reduce time spent litigating for both taxpayers and the Tax Administrators.

The establishment of the ITAB, Ofori-Atta further indicated, would provide a cost effective means of resolving tax disputes for both the GRA and the taxpayers.

It will also relieve the Ministry of duty of having to mediate disputes between the GRA and taxpayers.

He said, “we need to establish that discipline and that trust and that authority that GRA must have.”

The Minister urged the board to provide a fair and independent forum for dispute resolution and to make decisions based on the evidence presented, provide guidance and precedence for similar cases and ensuring compliance with the tax law by providing clarity in the interpretation of tax legislation.

Mr Ofori-Atta said the ITAB would help to improve Ghana's tax-to-GDP rate of 13 per cent, which is one if the lowest in the sub-region, despite the concerted efforts of the tax authorities.

He commended the GRA for exceeding its revenue target for 2022 by over GH¢3 billion but called for more effort to enable the country reach the revenue generation levels of the OECD countries, whose tax levels are almost triple that of Ghana.

Chairman of the Independent Tax Appeal Board, Justice Lawrence Mensah, a retired Appeals Court Judge, stated that “the goal of any dispute settlement body such as the ITAB is to ensure access to justice.”

He said the ITAB would focus on providing an efficient, effective forum for speedily resolving disputes that could create threats for market players and distort government's income generation projections and even affect the GRA.

He said the ITAB would operate with integrity in all facets of its works.

India's sinking hill town, a casualty of the warming Himalay...
36 minutes ago