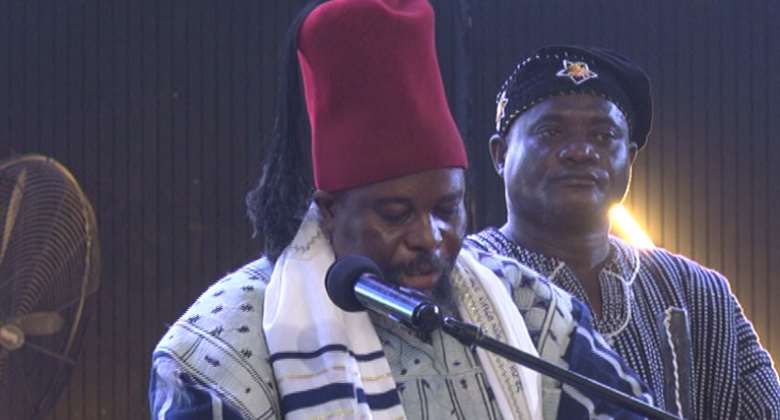 The project will be implemented in 48 MMDAs across six regions of the north. The SOCO project as conceptualized takes cognizance of regional perspectives and the impact of the issues that are common to the four countries whiles enabling county-led actions that respond to local needs, ModernGhana News gathered.

He said Governments of Ghana, Cote d’Ívoire, Togo, and Benin secured a US$ 450 Million Credit Facility to implement the SOCO Project in five (5) years, from 2022 to 2027.

In Ghana, the US$150 Million International Development Association (IDA) and World Bank Credit Facility will be implemented in 48 MMDAs across six (6) regions —the Upper East Region, Upper West, Northern Region, North East, the Savannah Region, and the Oti Region. He said the SOCO project as conceptualized, takes cognizance of regional perspectives and the impact of the issues that are common to the four countries whiles enabling county-led actions that respond to local needs.

In his address, the sector Minister and Member of Parliament for Okere constituency Daniel Botwe said the project is expected to deliver an estimated 1,406 socio-economic community-level climate resilient infrastructure, through a community-driven development approach.

The Country Director of the World Bank Pierre Frank said the World Bank Group was deeply committed to collaborating with the Government of Ghana through the new Country Partnership Framework to address inequalities, and improve socio-economic and governance aimed at promoting inclusive growth and poverty reduction.

Mr. Frank added that the Gulf of Guinea project being launched is a specific example of targeting vulnerable communities in the north to proactively prevent the spread of conflict from the Sahel, reduce vulnerability to climate change and strengthen local institutions.

The Chairman of the occasion, Nangonaab Na-Pariyong Kosom Asaga Yelzoya II said since the sensitization of the project by the Ministry of Local Government, Decentralization and Rural Development two months ago, beneficiary Municipal and District Assemblies have been eager for the roll-out of the intervention in their various jurisdictions.

Naab Yelzoya II stated that plans and budgets have been put in place awaiting the disbursement, and assured the Ministry that, they fully aware of the rules and regulations governing the implementation of the project. The Chairman expressed appreciation to the Ministry, the World Bank and the IDA for the novel project which will undoubtedly, address the challenges of poverty which is endemic in the north, and reposition the local economies, making them more resilient and sustainable.