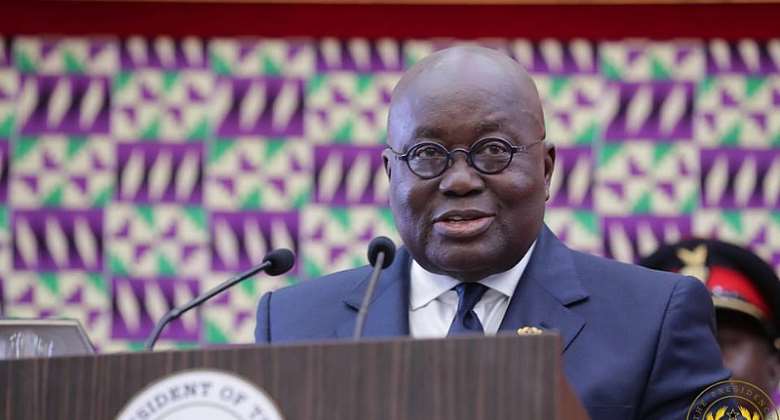 What at all could have pushed those five young Senior High School girls to rain unprintable insults on the sitting president of the republic of Ghana, His Excellency Nana Addo Dankwa Akufo-Addo? Who, if any at all, could have instigated them to act in the ill-mannered way that they did?

If they could come out publicly to video-record themselves while brazenly irresponsibly insulting the person of the president, amid mockery-quoting his brief statement of “sika mpe dede”, then they must be prepared to face the consequences of their action as may result from any disciplinary punishment their school will mete out to them.

They should not be allowed to go scot free upon the fatuous belief or assumption that they are young and did not know what they were doing. No, they really meant their words.

Whether it is their political persuasion, partisanship, tribal inclination, or simply hatred for the president, that goaded them to act as they did, they need to be punished by their school to serve as a lesson to would-be prats or yobs who for their myopic reasons will have the guts to put their school’s image into disrepute.

If they were persuaded by the hard conditions of living people are going through in Ghana to act childishly as they did, they should still be disciplined by their school.

Do they know that it is not only in Ghana that the citizens are faced with economic crisis but the world over? Do they know that the current economic downturn in Ghana is not solely due to any act of economic mismanagement of the country by either the president or his Finance Minister but a number of factors some of which are external shocks?

Let those young girls, their parents, school management and their community understand that the current harsh conditions of living in Ghana have come about more as a result of the Covid-19 and the ongoing Russia-Ukraine war and also, it is a worldwide phenomenon but not unique to Ghana. The free Senior High School (SHS) education they are enjoying is a factor in the problem, if they care to know.

If they have access to smart phones or school computers, I will advise them to google world news on the economic situation of some advanced countries like the USA, UK, France, Germany, Italy, etc. to familiarise themselves with the current economic situations of those countries and what has caused them.

Yes, they are young but to let them go unpunished will set a bad precedent for others to follow with impunity.

The school can sack them to send a strong warning to others, for that I care. On the other hand, they can be suspended from school for some time.

The level of indiscipline among not only students, but some Ghanaian adults, is so worrying and on the ascendency that a solution must be found to it.

Our uncouth politicians and some political parties members for want of power, always do embark on lies-telling missions as a means of winning power to come to illegally enrich themselves. No wonder that their supporters can behave same as the five young school girls have done.

It is said, “If you can't do the time, don't do the crime”, thus, “One should not carry out an action if they are unwilling to handle the consequences”

For the unnecessary insults, defamations and false accusations against one’s political, tribal or fellow opponents, to stop, people levelling false allegations and character-assassination insults on others must be held to account. Therefore, the five uncouth school girls must be made to face the fullest consequences of their insulting action.

The fact we live in a democracy does not allow you to behave in any irresponsible manner in the hope that you can get away with it because you have the right of speech. No, in democracy, your freedom ends where the tip of one’s nose begins.

The president cannot hold the students to account for insulting him since they did not allege any crime against him, although one of the uncultured girls foolishly claimed to need his head for rituals. Nonetheless, their school can hold them to account for tarnishing the reputation of the school by their tantrums.

Spare the rod and you spoil the child.

If I had my own way, I will suggest that the five girls of Chiana SHS in the Kassena Nankana West District in the northern part of Ghana be suspended from the school by their school management to serve as a warning to others waiting to do same. They cannot cause such a national embarrassment to their school and worldwide mockery to Ghana and expect to go scot free. No, no and no!

For the fact of filming themselves and putting it on social media for the whole world to see how bold they mean to carry their insulting message across, they deserve no pity but suspension from school for a while.