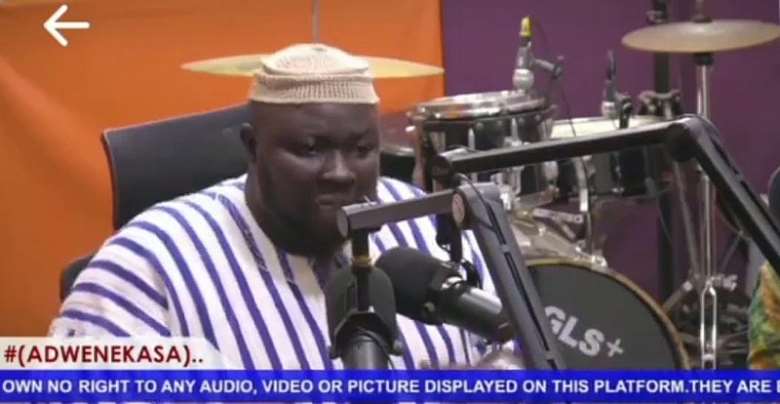 A communications team member of the New Patriotic Party (NPP) Kafui Amegah has slammed a staunch member of the party Mr. Otchere-Darko for his recent utterances on social media which always causes public disaffection for the Akufo-Addo's government.

According to him, the situation is affecting the image of the government and the NPP must not look on unconcerned.

He opined that Gabby is part of the reasons why the President and his government have come under intense criticism and public anger.

Mr Amegah wants Gabby cautioned to desist from commenting on issues within the NPP to avoid further controversies.

"Gabby, although not part of the government but your name smells in all that is going on. You are part of the reasons why this government is being scolded,” Kafui Amegah exclusively told Kwaku Owusu Adjei (Patoo) on Adwenekasa on Accra-based Original FM 91.9.

He added, "Every tweet from Mr. Otchere-Darko causes pain in the heart and the neck of NPP, his reckless tweets always cause controversies in the country in which our opponents use it against us."

According to him, “This is a problem government is facing, when Gabby Otchere Darko tweets then it becomes a government position or policy. The last time I checked Gabby does not have any official position in government."

He expressed worry that "We’ve made Gabby more powerful than the government and it’s affecting the image of the government, and as a political party we must not sit down for this to happen. He has his right to talk but the media is making a great disservice to the country. Gabby doesn’t hold a position in government, he’s not the Finance Minister, He’s not the Chief Advisor to the President and yet we’ll be reporting and discussing what he’s saying as against that of the other Ministers".

Mr. Otchere-Darko who is the nephew of President Akufo-Addo has been viewed by many as a powerful member of the government who appears to be acting as the Prime Minister aiding government decisions.

He said such utterances would ruin the chances of the NPP in the 2024 elections.