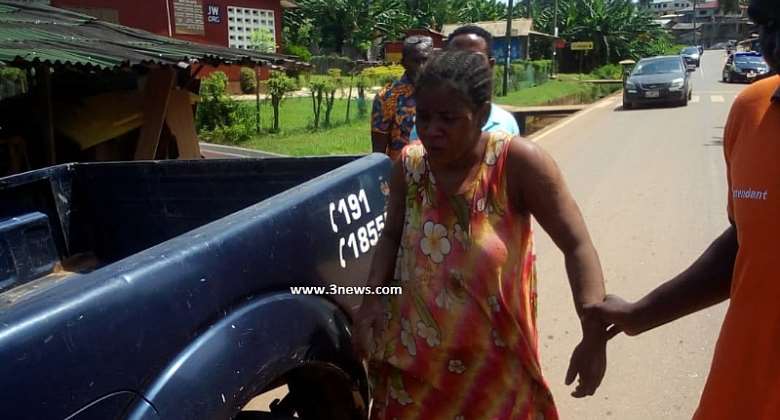 The Takoradi District Court A presided over by His Worship Michael Ampadu has fined Josephine Panyin Mensah, a sum of GH¢7,200 on a charge of the publication of false news with intent to cause fear and panic.

She was charged for faking a pregnancy and staging her kidnap in 2021.

Reading out his judgment, which took more than two hours, presiding judge Michael Ampadu explained that though the publication was not made by Josephine Panyin Mensah, it was her account to the police that led to the publication “which in no doubt caused fear and panic throughout the country”.

He further added that the police in the first instance were only acting on a reported case of a missing wife but the issue later turned into fake pregnancy and kidnapping after the police had found Josephine Panyin Mensah, who admitted same in her caution statement to them.

“She told the police that she was kidnapped and when she gained consciousness she saw 12 other pregnant women where she was who had all been killed. So if you have a relative who is pregnant and maybe had traveled this piece of information when you hear it will obviously make you panic,” he stressed

Though the maximum sentence for the count of publishing of false news with intent to cause fear and panic is three years, Michael Ampadu opted for a fine of 600 penalty units because Josephine Panyin Mensah is pregnant.

On the first charge of deceiving a public officer, the court found Josephine Panyin Mensah not guilty as, according to the presiding judge, ingredients necessary to make the charge stick were absent.

Josephine Panyin Mensah was accused of faking a pregnancy and staging her kidnap.