Galamsey Fight: Posterity shall not forgive Akufo-Addo, our generation if we don't win — Gabby 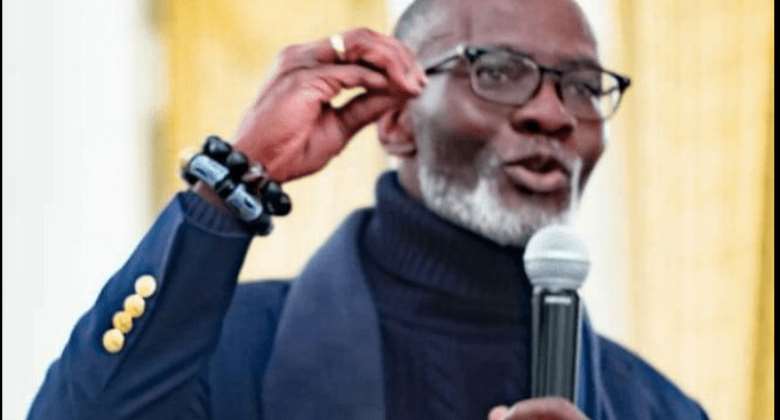 A leading member of the ruming New Patriotic Party (NPP) Gabby Otchere-Darko has said he stands by his earlier comment that posterity shall not forgive President Nana Addo Dankwa Akufo-Addo and the current generation if the fight against illegal small scale mining (galamsey) is not won.

This was after he was remined of the earlier comment he made regarding the fight against galamsey that government must win the ‘war’.

“Posterity will surely judge as meanly and legitimately so if we do not protect for future generations what was bequeathed to us,” the former Executive Director of the Danquah Institute, said.

Meanwhile, President Nana Addo Dankwa Akufo-Addo has admitted that the fight against Galamsey has not been an easy one.

He said he has not achieved the results he was looking for in the fight but the government is determined to win the battle against the menace.

“Since I took office I have made it a central feature of my presidency to lead in the efforts to rid our country of this menace which we all now call galamsey. It has not been popular and we have not got the result that I was looking for,” Mr Akufo-Addo said during a meeting with the National House of Chiefs and the Municipal, Metropolitan and District Chief Executives (MMDCEs) in Kumasi on Wednesday October 5.

He further told the National House of Chiefs that the task to protect the lands and the environment from the effect of Galamsey is a joint responsibility between the government and the traditional authorities.

Mr Akufo-Addo explained that 80 per cent of the lands in Ghana are in the custody of the chiefs.

This means they have a role to play in protecting the resource, he said.

He said “80 per cent of the lands in this country continue to be under your custody, much of it having been acquired through the blood and sacrifices of your ancestors. The reminder of 20 per cent which I hold in trust of the people of Ghana, derived from state acquisition from you. What this means is that ultimately, the welfare of the state of the lands is our joint responsibility, although by statute the minerals in the soil belong to the president in trust for the people.”

The chiefs on their part assured Mr Akufo-Addo that they are solidly behind his administration to apply appropriate measures against all persons involved in Galamsey in the country.

President of the National House of Chiefs, Ogyeahohoo Yaw Gyeb indicated that galamsey is having a negative effect on the environment and also threatens revenue mobilsation in the country hence, their resolve to support the President and government in fighting it.

He said “your relentless war against forest degradation and illegal mining in Ghana is of great importance to Ghanaians especially we the chiefs.

“The effects of illegal mining on the environment threaten the survival of water bodies , farmlands, cocoa industry and even encouraging school dropouts, this undermines the revenue mobilsation drive in the country.

“In view of this development [the Chiefs] are solidly behind your administration to apply the appropriate sanctions against persons who are engaged in the practice illegal mining irrespective of their status.”