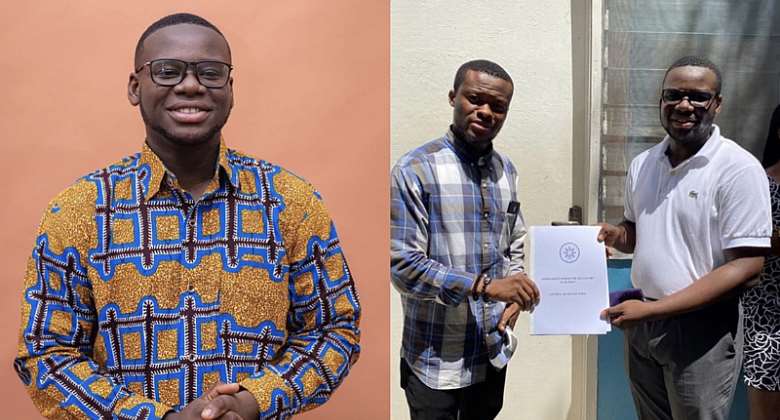 The abled communications strategist took this bold step in the early hours of Tuesday, October 4.

Speaking after he had been handed over the forms, the one-time WOCOM Secretary shared his inspiration for taking such a bold decision to contest GIJ-SRC’s upcoming elections.

"As an individual that is very interested in institutional communications, I decided to take part in the elections to do what I love most and also help serve students as I have always done since level 100. Serving as WOCOM Secretary did me a lot of good and heightened my interest in contesting in the general elections," he said.

Caleb Asante Annor is asking his fellow students to vote him into power so that he could serve as a member of the SRC's executive arm and represent their interests.

"I have goodwill for my colleagues and hope I will be given the nod to serve and prove what I have to offer them," he added.

The SRC's electoral committee has closed the picking of nomination forms for the various portfolios on October 4.

The aspirants will be vetted on October 6 and 7, followed by campaigns and finally the General Elections on October 11.

As the current crop of leaders prepares to leave office, the Ghana Institute of Journalism (GIJ) will hold elections this semester to select new leaders.