Where are DISECs in this whole galamsey brouhaha – Otumfuo quizzes 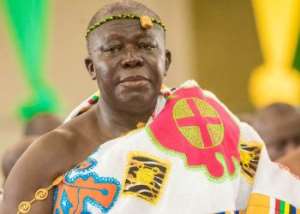 Asantehene Otumfuo Osei Tutu II, is questioning the relevance of District and Municipal Security Councils over their failure to fight the illegal mining menace popularly known as galamsey.

The Asantehene said years after government launched the fight against illegal mining, little has been achieved.

Speaking at a meeting with the new US Ambassador to Ghana at the Manhyia Palace, the Asantehene said the fight against galamsey has been poor.

“We should have brought finality to this issue by now. The President had even put his presidency on the line, and yet this is going on. To me, something is wrong somewhere.”

You’ve been a dependable husband – Lordina celebrates Mahama...
39 minutes ago