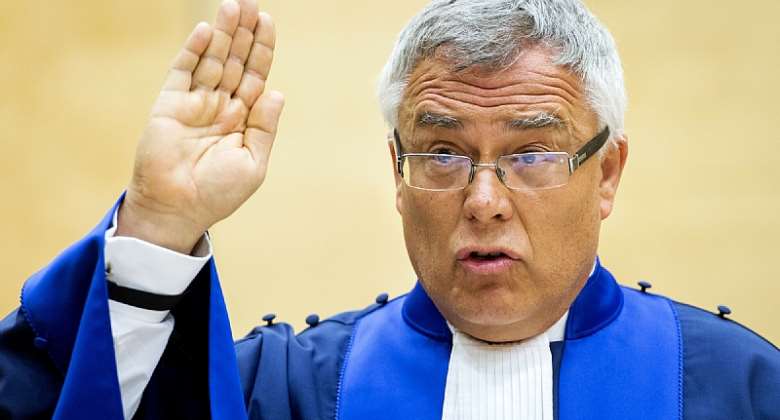 Mr Piotr Hofmański, the President of the International Criminal Court (ICC) Wednesday called for a global action to increase the jurisdiction of the Court to address the many challenges it faces.

He said the institution had made significant progress at broadening its investigations and jurisdiction but there was more room for improvement.

Mr Hofmanski said this when he called on the Speaker of Parliament, Mr Alban Kingsford Sumana Bagbin at his office in Accra, as part of his working visit to Ghana.

A statement issued by the Public Affairs Directorate of Parliament and copied to the Ghana News Agency said he commended the Eighth Parliament for its efforts in supporting the legal regime in Ghana.

The ICC President would deliver a public lecture at the Law Faculty of the Ghana Institute of Management and Public Administration (GIMPA) as part of his activities for the three-day visit.

The Speaker, in his welcome remarks, outlined the efforts being made to domesticate the instruments of the Rome Statute to give effect to Ghana's obligations under international law.

“I have written to the Attorney-General and requested that the draft domestic legislation on the International Criminal Court be submitted to the House without further delays,” he said.

”There is no need to tarry with the bill when it is one of the urgent instruments we need to enact in our country.”

Ghana drafted the International Criminal Court Bill in 2016 but it has not been passed to domesticate the Rome Statute and give effect to Ghana's obligations under it.

The Speaker, therefore, assured Mr Hofmanski of his resolve to see to the passage of the bill before his tenure ends in January 2025.

World leaders, he said, must appreciate the benefits associated with a rule-based world order and do all they could to champion the rule of law.

He, however, urged the ICC leadership to work hard to erase the perception that the Court only targeted African countries, especially when there was evidence of major crimes being perpetrated by leaders on other continents.

You’ve been a dependable husband – Lordina celebrates Mahama...
32 minutes ago