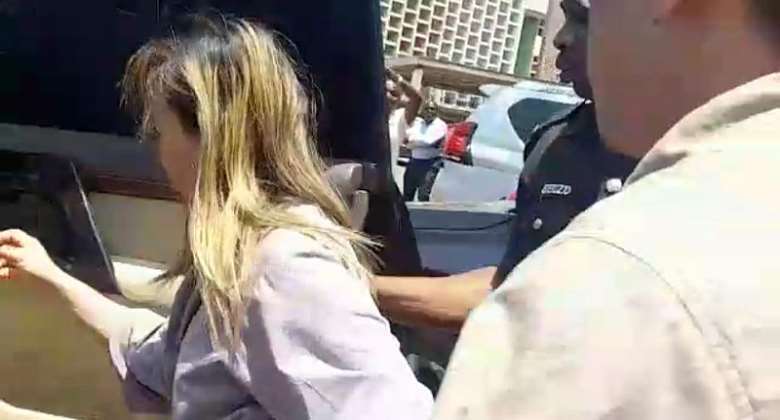 The accused person who has been in police custody for weeks was charged for her alleged involvement in illegal mining popularly called galamsey.

Today, she was in court with three other accused persons who have been charged with similar offences.

The Lead Counsel for the accused led by Captain (rtd) Nkrabea Effah-Dartey in court today applied for bail while arguing that it is very difficult to get access to her client while she remains in the custody of the police.

Unfortunately for Aisha Huang, the court presided over by His Honour Samuel Bright Acquah denied the bail request.

Other charges proffered against her include undertaking a mining operation without a license, facilitating the participation of persons engaged in the mining operation, illegal employment of foreign nationals, and entering Ghana while prohibited from entry.

Meanwhile, Aisha Huang and the three other accused persons have pleaded not guilty to two charges to wit; engaging in the sale and purchase of minerals without valid license and mining without license.

Aisha Huang will reappear in court on October 12.