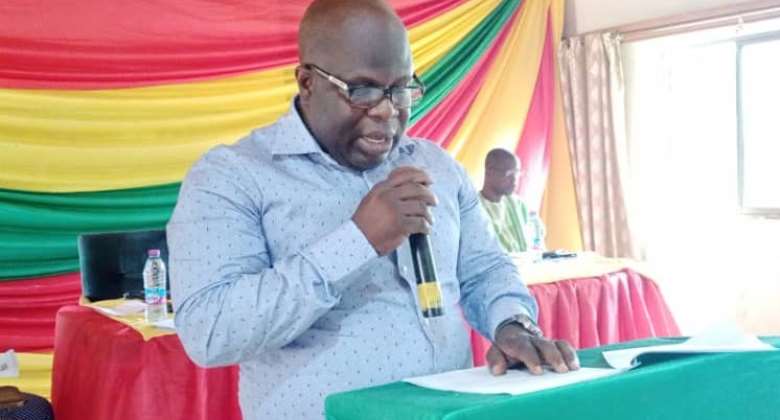 The Atebubu-Amantin Municipal Assembly has held its second ordinary meeting of the year in Atebubu.

He said plans are far advanced for the commencement of work on a military base in Atebubu a move he reckons will help ensure some peace and tranquility in the municipality.

Touching on some development projects undertaken during the period, he said the assembly has completed and handed over a mortuary and borehole to the Atebubu government hospital, handed over two 3 unit semi-detached teachers quarters at Garadima, cut a sod for the construction of a police divisional headquarters at New Kokrompe and almost done with the rehabilitation of a bungalow for a Judge of the proposed circuit court in Atebubu.

Hon. Edward Owusu touched on a number of interventions aimed at boosting education in the municipality. These include the presentation of 200 dual desks to schools, distribution of a number of science textbooks for the upper primary and the creation of additional Basic Education Examination Centers at Akokoa, New Kokrompe and Atebubu.

The assembly discussed the report of its executive committee. Answers were provided to questions filed by a member on the auctioning of a number of vehicles by the assembly.

Officials of the Bono East Regional Lands Commission were present to educate the house on issues affecting smooth land administration in the country.

Present were the Member of Parliament for the Atebubu-Amantin constituency Hon. Sanja Nanja, Hon. Najat Ibrahim the Presiding Member of the assembly as well as various heads of departments.

2023 budget: Expenditure cuts are just a recycle of broken p...
5 minutes ago