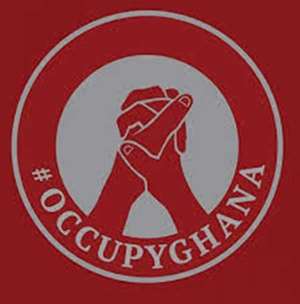 The Attorney-General has admitted, in his letter dated 19 July 2022 to OccupyGhana, that his office and the Auditor-General have failed to enforce disallowances and surcharges because of 'INORDINATE DELAY' and 'SIGNIFICANT TARDINESS.'

This shows that both the Attorney-General and Auditor-General have breached the 2017 orders of the Supreme Court in OCCUPYGHANA v ATTORNEY-GENERAL, namely (i) the Auditor-General must disallow and surcharge whenever the circumstances listed in article 187(7) of the Constitution are triggered, and (iii) the Attorney-General must enforce disallowances and surcharges, including initiating criminal prosecution. Clearly, both offices have exhibited shocking nonchalance and contemptuous disinterestedness in the Supreme Court's orders.

This is in contrast with the immediate aftermath of the Supreme Court decision, when the then Auditor-General enforced the Supreme Court decision and disallowed more than GHS5 Billion that the Government was falsely required to pay, and then recovered more than GHS67 Million through surcharges. Ghana thus became a worldwide beacon of the anti-corruption fight, with the World Bank acknowledging both the Supreme Court decision and these recoveries in the 2020 GLOBAL REPORT, titled Enhancing Government Effectiveness and Transparency: The Fight Against Corruption, and revealing that 'this achievement [had] inspired other African [countries] to pass similar legislation on disallowances and surcharges.'

It was well over a year of writing, and after a petition to the Right to Information Commission, that the Auditor-General responded to OccupyGhana's queries, to shockingly admit that since he took office, he has only issued ONE disallowance and surcharge. He explains that he is now investigating the matters in his own annual reports, to gather evidence for disallowance and surcharge.

This excuse is not just ridiculous and farcical; it is false and contrived. Here is an Auditor-General who has published several reports in which he cites the constitutional triggers for disallowance and surcharge, names the possible culprits and states the amounts lost to Ghana. He has submitted those reports to Parliament. But his excuse for not exercising his constitutional duties is that he only investigates for evidence to disallow and surcharge, after he has submitted and published the reports. In effect, the reports notify potential culprits and give them the opportunity to cover their tracks up and possibly destroy evidence.

OccupyGhana also wrote to the Attorney-General, demanding what steps that his office had taken to enforce the Auditor-General's disallowances and surcharges, when issued. Again, it took over a year and finally a petition to the Right to Information Commission to get the Attorney-General to respond.

When the Attorney-General finally responded, on 19 July 2022, his response catalogued and revealed a generally failed and unacceptable state of enforcement as follows:

(1) 2017 and 2018: no enforcement occurred because the Auditor-General failed to provide required follow-up information;

(2) 2019 and 2020: no record of enforcement; and (3) 2021: the Attorney-General's office received just ONE notice of surcharge; however, 'there has been a rather inordinate delay in the institution of the action… [and we are] now ready to file the suit and will do so immediately.'

We are concerned that the Auditor-General pays little to scant attention to the obligations placed upon him by law. For instance, although he is required by article 187(5) of the Constitution to submit his reports to Parliament 'within six months after the end of the immediately preceding financial year,' and by section 23 of the Audit Service Act to publish them 'as soon as the reports have been presented to the Speaker,' it was only a letter from OccupyGhana to him dated 24 August 2022 (our ref OG/2022/028), that compelled him to surreptitiously publish some of the 2021 reports on the Audit Service website.

In the coming weeks, we intend to escalate our engagement with both the Auditor-General and Attorney-General to ensure that the proper thing is done. If they fail to comply, we would have no other choice but to return to court. However, we invite Ghanaians to join us in this fight. We do not need to incur further legal expenses just to get public officers to do the work that both the Constitution and the Supreme Court have already ordered them to do.