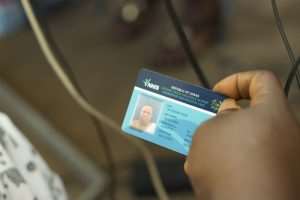 This was incredibly positive because people visited the hospitals often for their healthcare needs. It reflected the improved health-seeking behaviour and outcomes of Ghanaians.

Comparatively, the claims payments in 2005 and 2014 represented a 14,018.4% increase. This exponential growth was a clear indication that the NHIS was robust and served the needs of our people.

The Authority under the Mahama Administration carried out a number of reforms aimed at responding to the evolving needs of Ghanaians which included the establishment of new Claims Processing Centres (CPCs) across the country. In 2010, the first CPC was established in Accra under President Mills. In 2013, the CPC model was rolled out in Tamale, Cape Coast, and Kumasi. The CPC in Accra takes care of of claims from Greater Accra, Volta and Eastern Regions, while CPC in Tamale managed claims from Ashanti and Brong Ahafo Regions, and the CPC in Cape Coast took care of Central and Western Regions. This injected efficiency in the processing of claims payments.

Another system was put in place; the Electronic Submissions of Claims (e-Claims) was introduced to deal with the logistical challenges associated with paper claims management. This was intended to boost efficiency in claims management, reduce cost of submission for providers, reduce cost of processing for the NHIA, and expedite the claims payments process.

The piloting of the e-Claims began in April, 2013, and before President Mahama left office many service providers were submitting claims electronically.