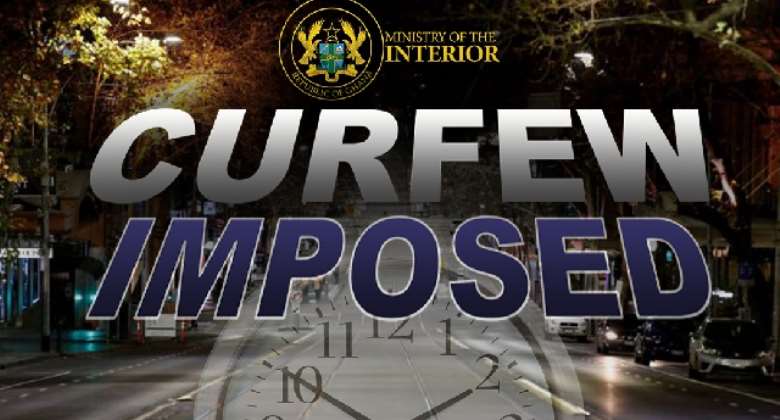 Minister for the Interior has by Executive Instrument renewed the curfew hours imposed on Bawku Municipality and its environs in the Upper East Region from 8:00pm to 5:00am effective Wednesday, August 17.

This comes on the back of renewed clashes in the Bawku municipality which has led to the death of four people.

The latest incident occurred on Tuesday, 16 August 2022 around the Bawku Senior High School where some unknown assailants allegedly attacked the victims, together with some other individuals who were returning from Bolgatanga on a commercial bus.

Fatawu Ibrahim, Bunyaminu Adam and Ibrahim Abdulai were shot dead while the driver of the vehicle sustained gunshot wounds.

One other passenger, who was also attacked, managed to escape.

Reprisal attacks from the opposing faction in the early hours of August 17, 2022, further led to the death of one more individual, bringing the number of deaths recorded so far to four.

The Government has called on chiefs, elders, opinion leaders, youth and people of the area to exercise restraint in the face of the challenges confronting them as well as to use non-violent means to channel their energies into ensuring peace.

Meanwhile, there is a total ban on all persons in the afore-mentioned communities and their environs from carrying arms, ammunition or any offensive weapon and any persons found with any arms or ammunition will be arrested and prosecuted.