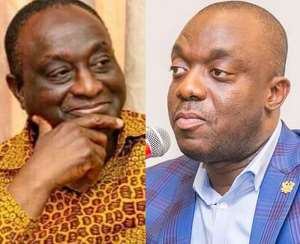 The leadership of the New Patriotic Party (NPP) has written to Trade and Industry Minister, Alan Kyerematen over the ‘Aduro wo so’ health walk organised to rally support for his presidential ambition in the party.

Supporters of the leading member of the ruling party staged a walk to rally support over the past weekend in Kumasi to push the agenda for him to become the flagbearer of the NPP in the next general election.

In a statement from the NPP, the party has hinted that it will question Alan Kyerematen over the said walk which goes against the code of conduct of the party.

“Subsequently, the attention of the National Steering Committee of the party was drawn to these instance during the Committee’s meeting on Monday, August 15, 2022. The Committee resolved that Hon. Ekow Vincent Assafuah and Mr. Hopeson Adorye be invited to appear before the National Complaints Committee as provided for in the party’s Code of Conduct.

“Additionally, under the instruction of the National Steering Committee, Mr. Alan Kyerematen has been written to in respect of the “Aduro Wo So Health Walk” that was organized in his name,” a statement from the NPP signed by General Secretary Justin Frimpong Kodua reads.

Meanwhile, the leadership of the NPP says it will soon hold a meeting with all flagbearer hopefuls to forestall the occurrence of similar activities that breach the code of conduct of the party.