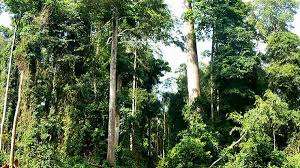 A Rocha Ghana, an environmental Non-Governmental Organisation has urgently reminded all investors and mining companies especially the Ghana Integrated Aluminium Development Corporation (GIADEC) and its preferred strategic partner that the Atewa Forest is a 'no-go' area for bauxite mining.

It said any investor or company planning to partner GIADEC in that endeavour will face local and international resistance until the destructive plans for Atewa Forest are dropped.

GIADEC on Friday August, 5, 2022 announces that it has finalised negotiations with its ‘preferred strategic partner’ for the planned bauxite mining in the controversial Atewa Forest (Project 3) which is going through the necessary approval processes.

A statement signed by Mr Daryl Bosu, Deputy National Coordinator for A Rocha Ghana said the Atewa’s no-go area status for mining has already been made abundantly clear and as a reminder, it includes government’s April 2021 ban on prospect licensing and activities in all Ghana’s Forest Reserves, and Ghana’s mining guidelines that exclude sites like Atewa from mining.

It said the Atewa’s 2021 status as an Alliance for Zero Extinction (AZE) site triggers the International Finance Corporation’s Performance Standard 6 (IFC-PS6) confirming Atewa as a no-go area for mining and the ECOWAS Mining Directive states that lands with ‘peculiar risks to the preservation of security including areas which have environmental, social and cultural sensitivity to mining operations’ – a category into which Atewa clearly falls – must be made no-go zones for mining.

The statement said A Rocha Ghana also reminds government and GIADEC that only one year ago the Okyenhene, Osagyefo Amoatia Ofori Panin gave voice to his desire that the Atewa Forest should be made a National Park to be protected in perpetuity for the benefits his communities derive from the forest, "the King of the forest wishes must be respected."

It indicated that GIADEC and its partner should also be reminded that key multinational aluminium-user companies BMW, Tetra-Pak and Schüco International have expressed deep concerns about government’s plans, noting that bauxite from the Atewa Forest would present an unacceptable risk for their companies.

"They went so far as to say they would not accept aluminium derived from Atewa’s bauxite in their supply chains, with one adding if the mining did not meet certain forest and climate change standards. These companies no doubt speak for many. Their rejection would present a huge marketing challenge to GIADEC and its strategic partner".

The A Rocha statement added that resistance is also coming from local communities, civil society, professional institutions, state agencies, international development agencies, private companies, and individuals both in Ghana and abroad for a multitude of reasons.

It said about 5 million people benefit from Atewa’s clean water every day and for that matter water contamination from bauxite mining is extremely dangerous and people are advised not even to touch it, let alone drink it.

"Where will the 5 million people, especially the forest communities, get their clean water from when it is contaminated by bauxite mining?"

The statement said Atewa Forest also protects key habitats and species, including the critically endangered frog species discovered by the Center for Scientific and Industrial Research proudly announced in government’s 2022 budget statement. "Paradoxically, the bauxite mining will destroy the very site and species that government in 2021 was so proud of."

It added that at a time when governments across the world including Ghana are ramping up actions to address biodiversity loss and climate change, mining Atewa will do the exact opposite and put one of Ghana's most spectacular sites for wildlife at risk.

"Atewa has been classified by the Wallace Initiative as being in the top 2 per cent of all the world’s protected areas for biodiversity resilience to climate change and, consequently, for maintenance of ecosystem service and this quality will be lost if government’s mining plans go ahead."

The Environmental NGO statement urged the government and GIADEC to exclude bauxite in the Atewa Forest as part of Ghana Integrated Aluminium Industry indicating that, Ghana’s integrated aluminium industry can thrive without targeting the bauxite at Atewa Forest. "Ghana has both a ban on mining in Forest Reserves and mining guidelines that exclude Atewa from these developments."

It stressed that mining a forest that protects critical water sources, biodiversity, and other ecosystem services would be both myopic and dangerous for Ghana, especially for Atewa’s communities and future Ghanaians.

The A Rocha statement serves notice to GIADEC and its preferred strategic partner that, in view of the infringement of the development "on our right to a healthy environment, water and climate resilience, both for downstream and upstream communities we will take all necessary legitimate steps available to us as citizens within and without the borders of Ghana to resist any plans to destroy Atewa Forest and the invaluable services it provides to Ghanaians."

May God never answer the prayers of those who wish Ghana bad...
59 minutes ago