'Akufo-Addo should rather sack underperforming ministers, not reshuffle' — Kyei Mensah-Bonsu 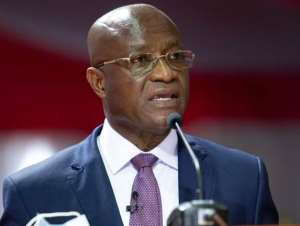 Osei Kyei Mensah Bonsu, Minister for Parliamentary Affairs and Majority Leader in Parliament (MP) has commented on calls for President Akufo-Addo to reshuffle his cabinet.

Some Ghanaians, particularly the opposition NDC have been piling pressure on President Akufo-Addo to reshuffle his entire cabinet following the country's current economic crisis.

Commenting on the matter, the Majority Leader said the President needs to fire ministers who he believes are underperforming and bring in new people than simply reshuffling his entire cabinet.

“If you are not able to perform, it is not a matter of reshuffle, you should be fired by the President and a new person brought in,” he said

When asked on Accra-based TV3's New Day show on Wednesday, August 10, whether he could name some ministers who deserved to be fired, he said it was up to the President to do so.

In a recent interview on North Star Radio in Tamale on Monday, August 8 President Akufo-Addo dismissed calls for a reshuffle.

He claims his ministers have performed well.

The President noted that those making the calls are attempts by the opposition NDC to destabilize his government.