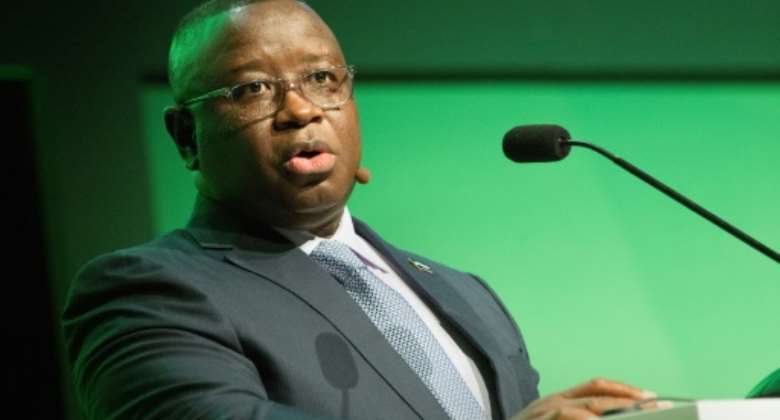 Two police officers were killed Wednesday in Sierra Leone after a protest against "economic hardship" descended into clashes between security forces and youth demanding the president resign, the police said.

"Two police officers, a male and female, were mobbed to death by protesters at the east end of Freetown this morning," police spokesman Brima Kamara told AFP.

Dozens of protestors had been arrested, police said.

A health worker at a hospital in Freetown said dozens of people had been injured.

In the Kissy neighbourhood in the east end of the city, demonstrators threw rocks and sticks at security forces, who fired tear gas in their direction, an AFP reporter saw.

Protestors were heard chanting "Bio must go", referring to President Julius Maada Bio, who is currently in the United Kingdom on a private visit.

The internet was temporarily blocked in Freetown on Wednesday afternoon, according to NetBlocks, a web monitoring group.

Demonstrations were also held in the city of Makeni and the town of Magburuka in the country's Northern Province.

The Grassroots Women of Sierra Leone, a group of market traders, had called a "peaceful assembly" to "draw attention to the economic hardship and many issues that affect the women of Sierra Leone", according to a letter to the inspector general of the police seen by AFP.

In a statement, the national security coordinator denied that any organisation had requested permission to demonstrate.

On Tuesday, the government said that it had directed the military to assist police in handling the "potentially volatile security situation".

The risk of confrontation, it said, was stoked by "repeated social media incitements of the gullible population to embark on a countrywide violent demonstrations (sic) with the aim of subverting the peace and stability of the state".

Women who had gathered in the city centre Wednesday morning, holding placards, later fled the scene as tensions rose.

Security forces dispersed the demonstrators, who fled to neighbourhoods in the east of the city.

The European Union and the British embassy in Sierra Leone issued appeals for "all sides" to refrain from violence.

The United Nations also expressed concerns over the "violent incidents".

In early July, female market traders and the opposition politician Femi Claudius Cole held a separate demonstration over the rising cost of living.

Cole, the founder and head of the Unity Party, and some 50 other women were arrested but later released without charge.

Sierra Leone's eight million people live in one of the poorest nations in the world, ranking 182 out of 189 countries in the UN's Human Development Index, a benchmark of prosperity.

Efforts at rebuilding were set back by an Ebola epidemic in 2014-2016, a fall in world commodity prices and the coronavirus pandemic -- all of which have disrupted trade and investment and hit exports.

In July, the country slashed three zeros off its currency in a bid to restore confidence in the inflation-hit leone.

Bio succeeded Ernest Bai Koroma as president in 2018 after a tumultuous election campaign in which he campaigned against corruption and promised a better life for the poor, including free education for primary and high-school students.

The next general elections are slated for June 2023.