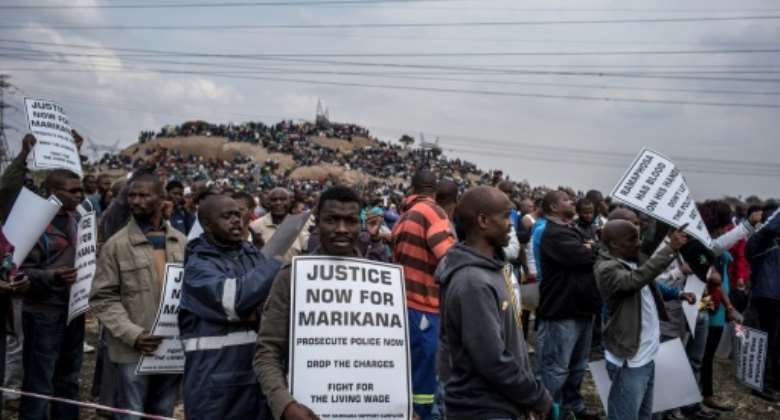 Outstanding claims of compensation from the massacre of 34 workers at a South African platinum mine a decade ago are likely to be settled this month, an official said on Wednesday.

Police gunned down 34 mineworkers and injured 78 others as they repressed a wildcat strike that had turned violent at the Marikana mine northwest of Johannesburg on August 16, 2012.

The massacre was the worst act of police violence since the end of apartheid, which had been legally dismantled 11 years earlier.

Solicitor-General Fhedzisani Pandelani announced that the last civil claims against the government were on track to be resolved before the end of August.

"I can also give the assurance that to the extent that is possible, we could in fact be in a position to resolve all of those matters within this month," he said.

Compensation claims directly related to miners who were killed had already been settled last year, with the state paying almost 76 million rand ($4.6 million) to the victims' families, he said.

He added it was "regrettable" it took so long to bring the cases to a close.

South Africa marks the 10th anniversary of the massacre that shocked the nation on August 16.