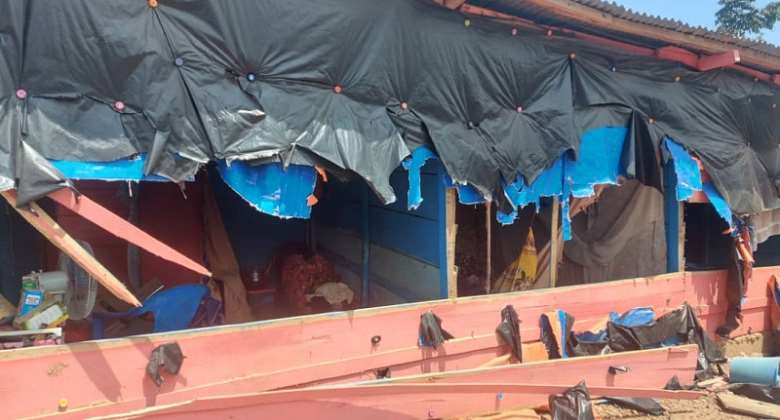 Some commercial sex workers operating in Amenfi West in the Western Region have been rendered homeless.

This is after the demolishing of the unsafe structures they have been using to operate their businesses.

The demolished structures which were sited in an unauthorised area were made up of plywood, and polythene located in the heart of Asankrangwa, Aboi Nkwanta and Wassa Dunkwa.

Speaking to Empire News, MCE Lord Nana Tandoh lamented how the activities of the sex workers, mostly foreigners have become a nuisance to residents.

He said after several complaints from the people, it was necessary to take the action.

“There have been a number of complaints about the activities of these people so MUSEC needed to intervene,” the MCE said.

Lord Nana Tandoh continued, “These people undertake their illegal activities in the centre of town, and we have children around who can copy blindly, even now most of the young boys have started patronising them because they charge only 20 cedis.

“Looking at these structures they live in and the items they have including the gas cylinder they can easily catch fire.”

After the demolishing, several items such as contraceptives, amulets, gas cylinders, and clothes were retrieved from the demolished structures.

My wealth exaggerated; it’s crass to define me by my wealth ...
30 minutes ago

We need peace in Bawku, we cannot make our children inherit ...
30 minutes ago