'We started Free SHS in Mahama's IMF, it's very illogical to sacrifice it under a new IMF programme' — Akufo-Addo 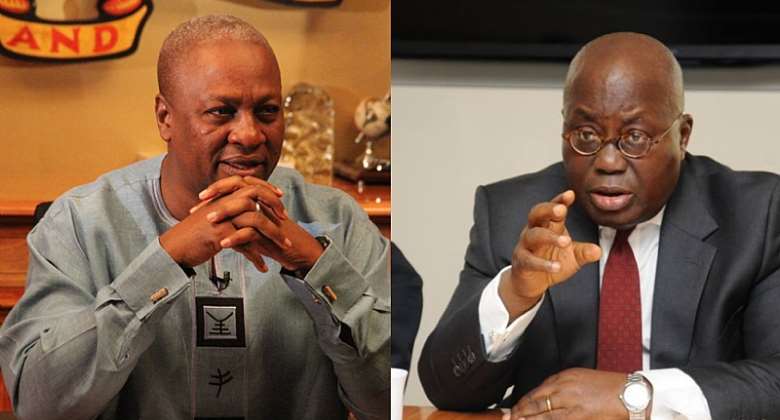 The President of the Republic, Nana Addo Dankwa Akufo-Addo has rubbished calls for the Free SHS program to be scrapped.

He said the assistance Government is seeking from the International Monetary Fund will not affect flagship pro-poor policies being implemented by Government.

According to President Akufo-Addo, the ongoing pro-poor policies are at the heart of Government’s since 2017, and remain non-negotiable items of the country’s public expenditure, and, as such, will not be affected by Ghana’s re-engagement with the IMF.

Describing it as a relatively easy assurance to give, the President referred to the statement by the IMF Country Director who indicated that an initiative like the Free SHS programme cannot be sacrificed on the altar of a programme with the IMF.

“So, all our minds are going in the same direction, and I’m very, very confident that these programmes especially the Free SHS, Free TVET programme will emerge from the programme with the Fund intact,” he added.

President Akufo-Addo made this known on Friday, 5th August, 2022 during an interview on UAR Radio in Bolgatanga, at the start of his working visit to the Upper East Region.

“I think there is something that a lot of people are forgetting. When we came into office, we were into an IMF programme in 2017. In fact before we exited the IMF, Free SHS was introduced in the September of my first term in office, a whole nine months of my coming under an IMF Programme. So, it is already been accommodated within the thinking of the Fund programme for Ghana.”

He added that, “It is (Free SHS) not as if it is something that we had to wait to exit the programme before we brought it. We brought it at the time we were and under an IMF Programme, and I will find it very illogical for us to have a programme we started under an IMF programme and because we are going to have a new one sacrifice it. That doesn’t make sense, and it will not happen.”

On how to ensure that Ghana does not go back seeking assistance from the IMF, he noted that the structural transformation of the Ghanaian economy from its current dependence on the production and export of raw materials to one of value addition and industrialization is the way to go.

“That is why we’ve had this emphasis on industrial transformation coming out of the 1D1F Programme and certain other targeted industrial transformation measures that we’ve taken in the automotive industry in enhancing the value addition our strategic mineral resources like our bauxite, iron ore, etc. Those are the real keys to a future robust Ghanaian economy – that we will have an economy that is self-sufficient in the sense that the basic needs of the people are produced by Ghanaian production”, he said

President Akufo-Addo continued, “So, it is important that we, in Ghana, we keep our eyes on two factors. To continue the process of structural transformation of our economy that will give us more independence, more robust and a more resilient Ghanaian economy, and, at the same time, make provisions for these exogenous interferences that every now and then are just bound to happen”, he recommended.

He reiterated that “the measures that we are taking now to build the strength of our economy, will make it more and more difficult for us to have that dependency and need for reliance in future.”

President Akufo-Addo, in his remarks, also appealed to residents of the Upper East region to assist Government and the security agencies in the country to curb incidences of border infiltration in the area.

According to the President, government and the security agencies will need, “the active cooperation of the population for us to make the security response as effective as possible and that’s why the National Security Ministry has proposed this slogan “See Something, Say Something”, which is basically about involving the community, the population in the work of the security and intelligence agencies.”

He continued, “It is much better for us to invest such resources that we have in preventing the terrorist menace being imported in the country than fighting it once it is here. The cost of that is astronomical in terms of the disruption of social activities.”