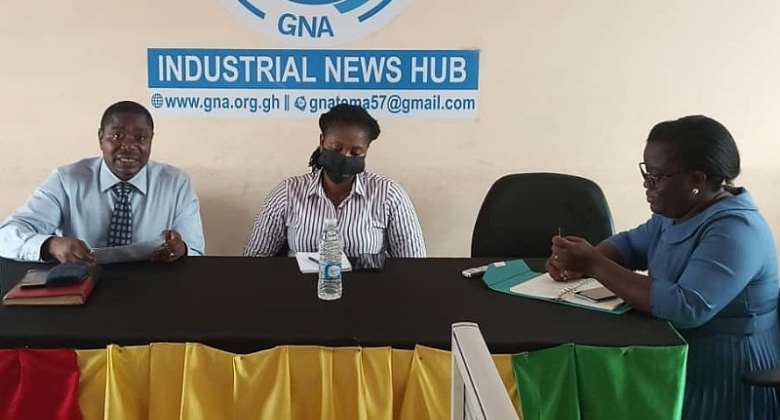 A child forms integral part of the family whose welfare could not be separated from that of the family, Mr. John Ato Breboh, Senior Principal Investigator Commission on Human Rights and Administrative Justice (CHRAJ) Tema Regional Office has revealed.

“The welfare of children must, therefore, be aligned with all activities, services and norms to support the child in the context of the large family,” Mr. Breboh stated during the 14th Edition of the Stakeholders Engagement And Worker's Appreciation Day Seminar of the Tema Regional Office of the Ghana News Agency, which was monitored by the Communication for Development and Advocacy Consult (CDA Consult) in Tema.

Mr Breboh said: "Let us love and protect our children, they are our assets, we shall account one day of how we cared for the gift given to us by God,” and called for serious introspection and commitment among parents and the public toward addressing the numerous challenges facing children in the country.

The obligation to fulfil means that States must take positive action to facilitate the enjoyment of basic human rights.

He said through ratification of international human rights treaties, Governments undertake to put into place domestic measures and legislation compatible with their treaty obligations and duties.

“Where domestic legal proceedings fail to address human rights abuses, mechanisms and procedures for individual complaints or communications are available at the regional and international levels to help ensure that international human rights standards are indeed respected, implemented, and enforced at the local level,” he said.

Mr. Breboh said it was, therefore, vital to acknowledge children's rights and take a keen interest in children's issues by ensuring that their rights were protected.

He noted that the child protection policy which included the child and family welfare policy in Ghana considered all the laws that protect children and serves as a guide for protecting children within the family setting.

“A child who doesn’t have a network of the family goes through a lot in an event where the biological parents are not capable of taking care of them,” he stated.

He said children were vulnerable and required special protection, saying children have human rights as part of International Laws irrespective of race, gender, language, and colour among others.

The CHRAJ Chief Principal Investigator added that the dignity and integrity of children needed to be protected from injustice.

“Human rights of children just like all other human beings must not be regarded as a favour, right or privilege conferred to by the state or any organization,” Mr. Breboh stated.

“Children are neither the property of their parents nor are they helpless objects of charity. They are human beings and are the subject of their own rights,” Mrs Kupomey stated.

She said the United Nations Convention on the Rights of the Child sets out the rights that must be realized for children to develop to their full potential.

Mrs Kupomey said the Convention offers a vision of the child as an individual and as a member of a family and community, with rights and responsibilities appropriate to his or her age and stage of development. By recognizing children's rights in this way, the Convention firmly sets the focus on the whole child.

She said the Convention recognizes the fundamental human dignity of all children and the urgency of ensuring their well-being and development. It makes clear the idea that a basic quality of life should be the right of all children, rather than a privilege enjoyed by a few.