By Nicky Falkof - The Conversation
Article 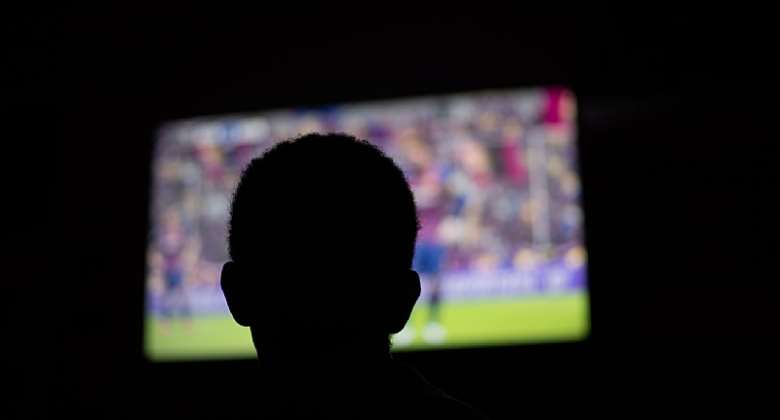 Around the middle of 2013 a series of stories appeared in the South African press about a new phenomenon called 'plasma gangs', presented as the latest iteration of the country's crime crisis . Journalists, broadcasters, police and government spokespeople, social media users and local residents shared tales online and in mainstream media of the frightening exploits of these gangs, said to be located in Alexandra (Alex) township in the north of Johannesburg.

Alex , like other South African townships, is an underdeveloped and sometimes precarious area, blighted by the inequality and racial segregation that were central to apartheid spatial engineering. Developed in the early 20th century to house around 30,000 people, it is now home to an estimated 700,000 . This density creates intense pressure on infrastructure and resources, as well as a powerful community culture that lends itself to the transmission of urban legends.

Plasma gangs were not like “normal” robbers, who stole anything of value. They had very specific modus operandi. They were said to break into Alex homes with the express purpose of stealing plasma televisions. According to the stories, the gangs used various technologies to achieve this aim, such as hypermodern electronic devices that could tell from outside which homes contained the TVs. Another method involved techniques of muti , indigenous magic, that sent residents to sleep while their homes were plundered.

They were extremely violent and often caused death or harm. But rather than selling the desirable consumer goods they stole, as one might expect from criminal syndicates, the gangs were said to dismantle them and break them open. Then they extracted a mysterious white powder that was used to make nyaope , a street drug otherwise known as wonga or whoonga . Depending on which story one heard, the gangs were either nyaope addicts themselves or professional dealers of the drug.

Nyaope is notorious in South African cities. It is extremely destructive and the subject of a large body of urban mythology. Experts generally agree that it is comprised of a mix of substances, usually a base of cheap heroin with additions like asbestos, rat poison, milk powder, bicarbonate of soda and even swimming pool cleaner. As is common with drug-related panics, stories about nyaope pull a range of other social anxieties into their axis.

There is no mysterious powder in plasma televisions that can be used to get high. Plasma is a descriptor for a technology rather than a substance. The powder contained in these devices is magnesium oxide, a small amount of which coats the display electrodes in a thin layer. Magnesium oxide is easily purchased at health food stores. It has never been shown to have any psychotropic effects.

Concerns about drug users and dealers played powerfully into the plasma gangs narrative. The nyaope connection is part of what set this story aside from “normal, everyday” crime and helped it morph into an urban legend that continues to be disseminated as one of the risks of living in South Africa.

The plasma gangs story shows the way in which township residents' narratives about their own precarity are both hypermodern and related to globalised and transnational anxieties about status, consumption, belonging and identity. It combines the local and the global, the historical and the contemporary, to reveal the social utility of urban legends.

The fact that plasma gangs are not empirically 'real' is almost beside the point. The story condenses fears about security and crime, drug dealers and drug users, police failures and corruption, dangerous foreigners, unruly youth, the intersection between crime, witchcraft and technology and the insecurity and visibility of township life. It illustrates the way in which certain South Africans develop and transmit stories and rumours that helped them to make sense of the world they live in.

In considering the plasma gangs we can see how myth, uncertainty, rumour and strangeness inform South African cultures of fear: crime is not just frightening in and of itself but also because it connotes the presence of hidden forces that undermine the predictability of everyday life. This kind of “crime talk” is endemic in South Africa but oddly quiet in academic literature, which often associates fear of crime with whiteness and wealth.

The plasma gang scare is a compelling example of the power of narrative to condense and codify collective anxieties. A series of existing fears, spurred by the experiences of people living in a place that is both insecure and community-minded, both high risk and aspirational, layered on top of each other to produce a story that had a peculiar amount of social power. Wits University Press

A tale of gangster criminality, personal danger, magic, violence and fear offered a way to foreground the contradictions that come with living in the South African township, a place that both defines residents as aspirational global citizens and imposes conditions of insecurity upon them.

This is an edited extract from the author's book Worrier State: Risk, anxiety and moral panic in South Africa available from Wits University Press

By Nicky Falkof, Associate professor, University of the Witwatersrand