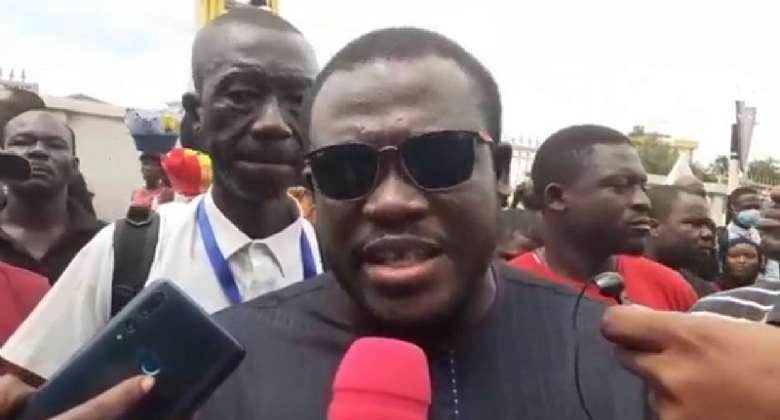 Ningo Prampram Member of Parliament, Hon. Samuel Nartey George has given an assurance to all suffering Ghanaians to look forward to better days when the National Democratic Congress (NDC) assume power at the end of the 2024 general elections.

The Parliamentarian passed these comments while speaking to the media on Tuesday, June 28, 2022 during the Arise Ghana ‘krom ay3 hye’ demonstration.

Using biblical terms, Sam George stressed that although weeping may persist among the citizenry in current times, joy will soon come.

“The President should stop flying in rented and luxurious jets and use the presidential jet that President Mahama used.

“One day, we assure all and like the Bible says, weeping may endure for a while but joy comes in the morning. Our joy will come on the 7th of January 2025/ But between now and December 7, 2024,” Sam George told journalists.

Unfortunately, the Arise Ghana demonstration that was expected to be peaceful ended in chaos.

The Police have reported that 12 of its officers deployed to protect protesters sustained various injuries from the stones pelted by the violent members of the protest.

In addition, the Police have disclosed that it has arrested 29 protesters who are currently in custody.

Meanwhile, the Police have indicated that organisers of the Arise Ghana demonstration will be arrested and put before court for the destruction caused to public property during the demonstration.