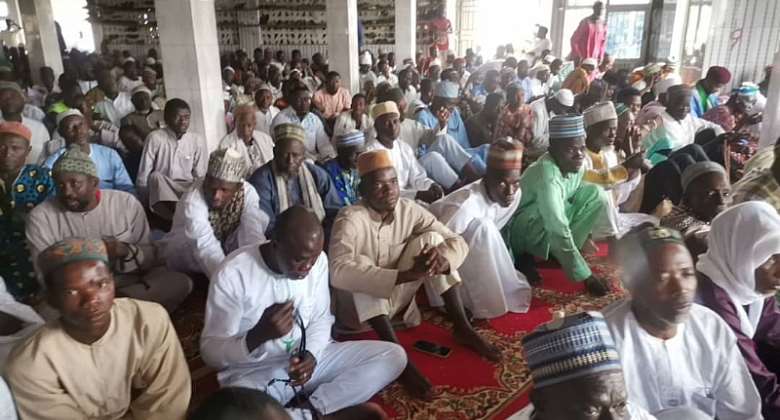 The chiefs and people of Ejura have celebrated one year anniversary of Ejura Shooting incident with special prayers for the victims who lost their lives in that unfortunate incident.

The special prayer which was organised by the Chief of Ejura Traditional Council Barimah Osei Hwedie II in collaboration with Ejura Zongo chiefs on Friday June 24, 2022 was to pray for perpetual peace and tranquillity and the departed souls in that unforgettable shooting incident.

Barimah Osei Hwedie II in his speech read on his behalf by the Nifahene of Ejura, Nana Osei Kwadwo Ansebie II said the commemorative day is to remind Ejura citizens to keep to the resolution that never again will such killings occur in the area.

"It was a terrible tragedy, and we remain heartbroken for families who lost thier children, friends and fathers". He said. “This prayer event was born out of my unwavering commitment to see to it that Ejura residents are living in peace and harmony, " he stated.

He expressed gratitude to the President Nana Addo Dankwa Akufo-Addo and his vice Dr Alhjai Mahamadu Bawumia and the National Security Interior Ministries for supporting the Ejura Traditional Area since the shooting incident.

Some youth of Ejura on Monday, June 28, 2021, took to the streets to protest an alleged mob attack that lead to the death of Ibrahim Mohammed Kaaka, a social media activist in the area.

The military men who were deployed to control the crowd are reported to have shot into a protesting crowd leaving two dead with four others with gunshot wounds.

The two, Mutala Mohammed and Abdul Nasiru Usif, died in the protest.

Following the melee, a three-member committee of inquiry was set up by the Minister of Interior to probe the underlying issues.

The committee on Tuesday, July 27, 2021, presented its recommendations to Ambrose Dery, the Minister of Interior. 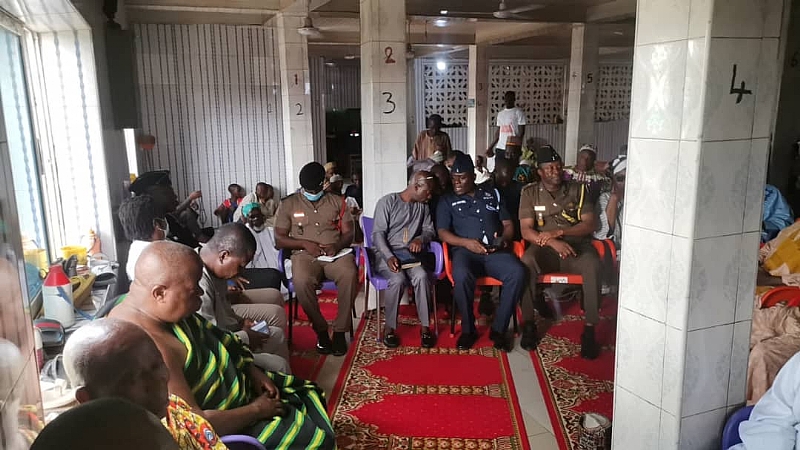 Government subsequently presented GHs50,000 to the two families of the victims as compensation.

The Spokesperson for Ejura Zongo chiefs, Alhjai Kadri on behalf of the Ejura Zongo Community described the event as a catalyst to ensuring peace in the area.

He disclosed that Ejurahene Barima Osei Hwedie II single handily sponsored the entire prayer event with about GHS10,000 and one fat cow.

"Honestly we at the Zongo communities at very grateful to Barima Osei Hwedie II for his unprecedented support, he has constantly showed that he cares for all residents of Ejura.

"We all have resolved to live in peace and also support his reign for him to bring massive development to Ejura and its environs," he stated.