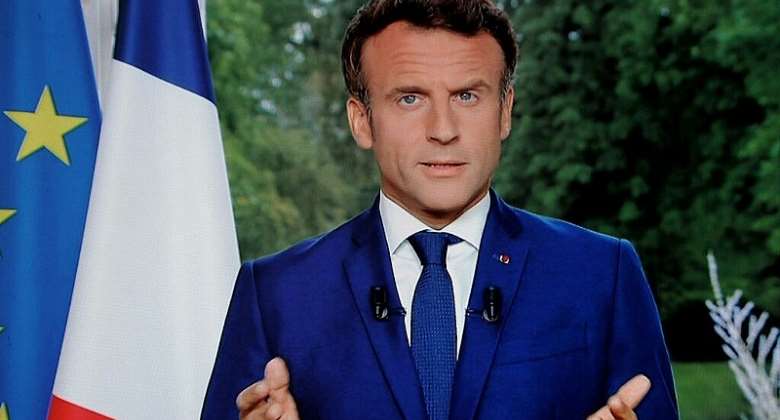 French President Emmanuel Macron said Wednesday that opposition groups have signalled their readiness to work with his government on "major topics," after his party lost its parliamentary majority.

"They are available to advance on major topics" such as the cost of living, jobs, energy, climate and health, Macron said in a televised address.

Macron ruled out any attempt to create a "government of national unity" after his Together party on Sunday fell short of the majority needed to legislate without others, saying such a move was "not justified" at this stage.

Macron acknowledged that the parliamentary elections had highlighted social problems in France, but he called on the opposition parties to "leave in-fighting behind" and move "beyond politics".

This, Macron said, meant that "together we will have to learn a new way to govern and to legislate".

He said urgent draft laws, especially to alleviate the impact of inflation and rising energy prices, would be submitted to parliament over the summer.

Macron called on the opposition parties to "clarify in all transparency, in the coming days, how far they are willing to go" in their support of such measures which he said would not be financed by higher taxes.

He added that he himself had been re-elected in April on a platform of "ambitious reform" which he expected to carry out.

The parliamentary impasse should not lead to "stagnation", Macron said, but to "dialogue and the willingness to listen to each other".

Foreign policy
The outcome will make it harder for Macron to accomplish campaign promises like measures to boost purchasing power, tax cuts and raising the minimum retirement age from 62 to 65. His government still has the ability to rule, but only by bargaining with legislators.

The president retains control over foreign policy. Macron heads Thursday to a series of global summits expected to focus on the war in Ukraine and will attend the EU Council gathering on 23-24 June, the last one while France holds the Council's rotating presidency, which expires on 1 July.

Opposition leader Jean-Luc Melenchon reacted angrily to Macron's speech, saying that "the choice of the French isn't (like) ratatouille." He was also angry about Macron's refusal to fire Prime Minister Élisabeth Borne, saying that there "is no other truth than this one: the executive is weak, and the National Assembly is strong." He demanded a motion of no-confidence with regard to Borne leading the government. "If she fails it, she has to go."