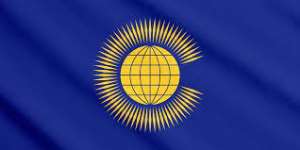 The Forum began in Kigali with a call from Commonwealth Secretary-General to unleash the potential of all women and girls in the Commonwealth.

Speaking at the Opening Session of the Women’s Forum today, Commonwealth Secretary-General, the Rt Hon Patricia Scotland QC, noted that women and girls had been disproportionately impacted by COVID-19 from vaccine inequity to economic insecurity and rising gender-based violence.

The Secretary-General saluted Rwanda as a champion of gender equality and women’s empowerment, adding that the country was a fitting host for Africa’s first-ever Commonwealth Women’s Forum.

She continued: “Women have been integral to the recovery and transformation of this nation, in its journey from devastation to a powerhouse of development and progress. I recognise Rwanda’s leadership in building strong policy and legal frameworks and salute her achievements in ensuring women and girls are central to the development of the nation.”

The Secretary-General added it was a “sad reality” that the political will and commitment demonstrated by Rwanda was the exception, not the rule.

Also speaking at the event was HE Jeannette Kagame, First Lady of Rwanda, who told delegates that Rwanda is ranked by the World Economic Forum as the seventh best performing country in closing the gender gap. However, she reminded the audience of the importance of this Forum:

“With less than a decade to go, to achieve the SDGs, the urgency is palpable, particularly on SDG 5 [gender equality and women’s empowerment]. The Women’s Forum is happening at the crossroads of critical economic and social change, where women, particularly in tech and innovation, may just be that gamechanger that is needed, provided that the nurturing environment, resources and support are available… How can we reset the button on women’s leadership, agency, engagement and empowerment? For one, women’s dialogues, must be in the mainstream of key decision-making structures and processes.”

Under the theme ‘Delivering a Common Future: Transforming for Gender Equality’, the first day of the forum addressed women in leadership, women’s economic empowerment and engaging men and boys, as well as different generations, in ending violence against women and girls.

Speaking at the session ‘Women in Leadership: Beyond Numbers’, Cherie Blair CBE, QC, Founder of the Cherie Blair Foundation for Women, spoke about the importance of women’s financial autonomy so they can make decisions for themselves and their families.

“For me, financial empowerment is one of the key drivers to give women the choices they should be able to make for themselves about how they see their dreams, how they control their lives, because if a woman controls her money then she can make those choices. So, women’s economic empowerment is not only vital but it is one of the indicators that has actually become worse over these last few years with the pandemic - the needle that has slipped back and we need to make sure that we push it forward. So, I would really like to see the Commonwealth embracing the idea that by putting the power in women’s hands, by making them economically empowered, we will achieve all the goals whether it’s the SDGs or the Commonwealth’s own great gender goals.”

The Hon Shandana Gulzar Khan, Member of the National Assembly of Pakistan and Chairperson of the Commonwealth Women Parliamentarians, spoke movingly about her father and his belief that social norms could only change when societies believed in the potential of their daughters. Only by educating and supporting his own daughter could he hope to transform women’s equality in his community, in northern Pakistan.

She said: “Political change will always clash with cultural norms. It’s hard to change power structures and the status quo on our own; we need the support of our communities. We need to secure women’s rights which are naturally ours.”

At the ‘Women’s Economic Empowerment: Breaking Barriers’ session, panellists spoke about the hurdles women face in entrepreneurship and trade. They highlighted how women working in the informal sector are vital to African countries’ GDP – yet are ignored as a group, even though international trade is dependent on women workers.

In the session on ‘Engaging Men and Boys: Ending Violence Against Women and Girls (VAWG)’ panellists discussed the economic costs of VAWG on countries, where in some instances the costs outweigh what a country spends on education – focusing on ending VAWG can make real financial sense for a country.

Bafana Khumalo of Sonke Gender Justice, a South African NGO working on gender issues in Africa, gave an example of a transformative initiative engaging men in ending violence and bringing about gender equality:

“Men who have grown up without fathers don’t have role models for when they become fathers, so we started a mentoring programme. The programme has reduced the rates of violence in the homes of those men who have gone through this programme and they are more willing to share in domestic duties. We say to men “let’s come to the party”, so they can be equal partners and share in duties at home.”

The day concluded with an intergenerational celebration recognising the contribution of women and girls of all ages to community development.

The 2022 Women’s Forum attracted a record number of participants from across the Commonwealth with over 600 registered. The Forum continues tomorrow with panels on climate change, human capital development, women and peacebuilding and concludes with a special session on conquering cervical cancer. The agenda can be found here.