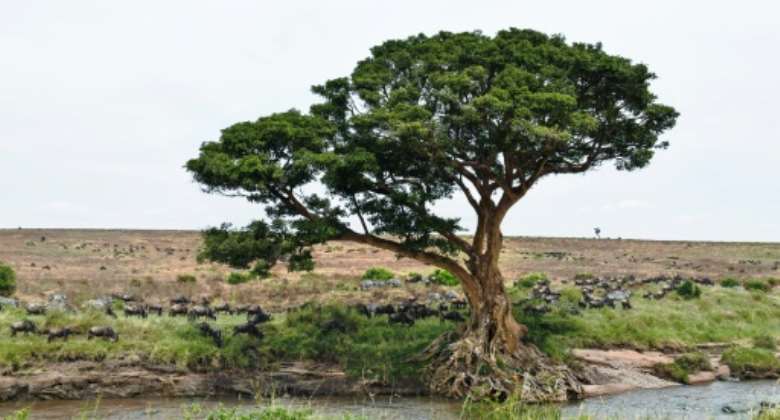 The Masai say the government seeks to expel them from a part of their historical land in order to organise safaris and private hunting expeditions for tourists. By TONY KARUMBA (AFP)

A policeman has been killed in northeast Tanzania during a clash with Masai herders protesting the cordoning off of land to create a wildlife protection area, an official said Saturday.

Activists said some demonstrators had been wounded by live rounds or had gone missing.

The policeman's death late Friday in the Loliondo district near the Serengeti National Park comes after years of tensions between the government and the local Masai community.

The Masai say the government seeks to expel them from a part of their historical land in order to organise safaris and private hunting expeditions for tourists.

Arusha regional commissioner John Mongela said in a video statement that the policeman had been killed after teams turned up on Friday to plant posts into the ground to separate off the area to be protected.

"One police officer was killed by arrows thrown by a group of people who wanted to block the placing of beacons," he said.

"Over 40 people (have) been badly wounded with live bullets," lawyer and human rights defender Joseph Moses Oleshangay wrote on Twitter.

"One over-80-year-old man wounded yesterday is missing. Not in any hospital."

Mongela said "hospitals have no injured people so far", and images were "being circulated by people with bad intention".

Prime Minister Kassim Majaliwa in parliament said the authorities did not plan to displace anyone.

"No eviction is planned in Loliondo at all," he said.

In 2009, thousands of Masai families were evicted from Loliondo so that an Emirati company called the Ortelo Business Corporation could organise hunting expeditions for wealthy tourists.

The government cancelled that deal in 2017, following allegations of corruption.

Loliondo lies not far from the Serengeti National Park and Ngorongoro volcanic crater, both of which lure hundreds of thousands of tourists annually.

The president last year said Ngorongoro was "getting lost" after the number of humans living in the World Heritage Site exploded, posing a threat to wildlife.

The government has offered to resettle indigenous inhabitants of the crater to another district on a voluntary basis.