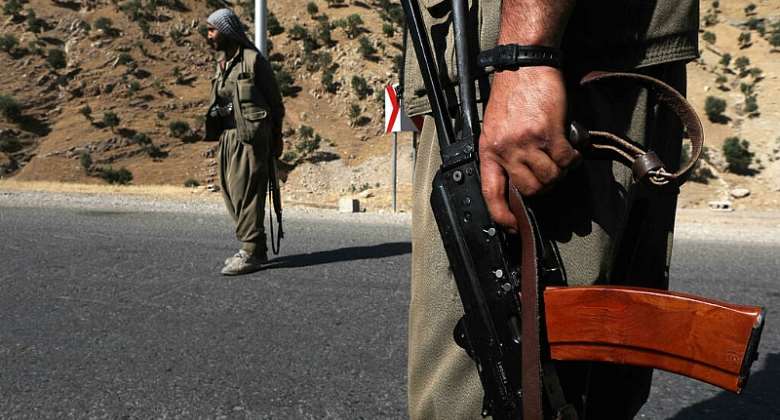 Turkish President Recep Tayyip Erdogan is vowing to crush the presence of the Kurdish militant group PKK in Iraq. But as the Turkish military closes in on the group, some analysts predict its fighters could turn to Iran, with implications across the region.

Turkish forces, backed by jets and drones, are driving the PKK Kurdish militant group from its bases across Iraqi Kurdistan. For decades, the mountainous region has provided the PKK a sanctuary to launch attacks in its battle for greater minority rights across the border in Turkey.

With Erdogan claiming to have the support of local Iraqi Kurdish forces, the PKK's once deemed impregnable headquarters in the Qandil mountains is now the target of Turkish troops.

"The politicians have to speak with symbols," said Aydin Selcen, the former head of Turkey's consulate in Iraqi Kurdistan.

"When you say Qandil is our ultimate target or aim, whatever, it means that the ultimate step is to stop the PKK from existing altogether."

The PKK bases in the Qandil mountains border Iran, a rival of Turkey.

As the Turkish military steps up its offensive, some analysts suggest the PKK could turn to Iran for support. Despite having its own restive Kurdish minority, Tehran has in the past found common ground with the PKK, whose influence extends to Iraqi and Syrian Kurds.

"And now when Russians are out of the scene, not so strong, and probably Iran will take their place and the PKK and PYD, of course, they will try to use PKK as a leverage in their relations with Turkey."

Tehran has developed close links with armed groups across the region.

Iranian-backed Iraqi militia like the PMU already have contacts with groups linked to the PKK.

"Right inside the Iraqi border in Sengal, Sinjar area, the PMU, and YBS the PKK affiliate in the area, they have friendly relations, or they depend on each other, perhaps," says Selcen.

"So, in order to survive, all these local actors will need bigger actors than themselves like Turkey, Iran, or global powers like the Americans, the United States," he added.

In Syria, Kurdish forces linked to the PKK cooperate with American forces in the war against the Islamic State group. For Tehran, which backs the Damascus regime, deepening cooperation with the PKK offers the opportunity to undermine the American presence in Syria.

"Tehran and Ankara are very pragmatic. They are aware of the very big differences in Syria in the Caucasus and other parts of the world," said Zaur Gasimiov, a senior research fellow in the history department at the University of Bonn.

But any Iranian cooperation with the PKK will involve a careful balancing act, says Gasimiov.

"I can imagine that the ties between PKK and Tehran would be staid, and maintained, and maybe boosted, but I can't imagine that Tehran would overplay, become a promoter of the PKK or supporter in the region, jeopardising its relations with Ankara.

"They learned to cooperate but being aware of the differences."

Relations between Turkey and Iran are often characterised as a combination of competition and cooperation.

Iran's battered economy relies heavily on Turkish trade – a point Erdogan is likely to stress in his expected visit to Tehran in the coming weeks.

Address energy sector challenges; it's contributing to Ghana...
4 hours ago