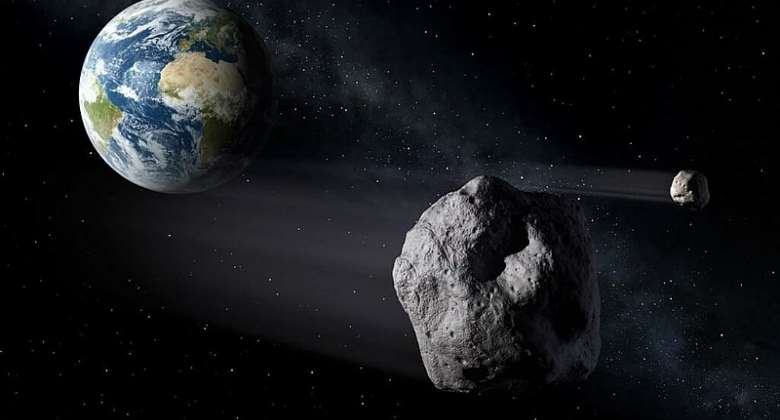 The space rock sporting the catchy moniker "asteroid 7335 (1989 JA)" will be visible with conventional telescopes on Friday from 13h00 GMT – at a safe distance of 4 million kilometres.

The asteroid, which is 1.9 kilometres in diametre, is passing by the Earth at a distance that is 10 times farther away from our planet than the Moon.

Despite the safe distance between our precious habitat and the celestial object, it has been classified as "potentially hazardous" because of its size and relative proximity.

According to scientists, anything over 150 metres in diametre is put into this category.

To put this in context, what is passing by our planet this Friday 27 May is five times the length of the Eiffel Tower.

Watching the skies for Apollo-class asteroids

The website Space.com says that the asteroid should be bright enough to be visible with a convetional telescope, if you happen to be well south of the equator.

Traveling at approximately 76,000 kilometres per hour – which is faster than a speeding bullet – the rock won't make another close journey past Earth until 23 June, 2055, when it will pass by much further away.

The object is catalogued as an Apollo-class asteroid, meaning it orbits the Sun while occasionally crossing Earth's orbit.

Some 15,000 Apollo asteroids have been recorded by astronomers, including the equally catchy 7482 (1994 PC1), which passed by Earth in January this year.

NASA monitors near-Earth objects like asteroid 7335 (1989 JA) because, despite maintaining a safe distance from our planet to date, if its orbit were to change, we could be in trouble.

A recent mission was launched to see whether potentially hazardous asteroids on collision course with Earth could be deflected.

Hottest Photo Reports
Catch up with all the political quotes from our politicians.
Advertise here
More from Science & Environment
ModernGhana Links
Large Hadron Collider revs up to bash protons, probe dark matter
"New Pandemics May Just Be On The Horizon" according to new research
Africa’s chief climate negotiator: We must have tangible and actionable climate decisions for a successful COP27
TOP STORIES