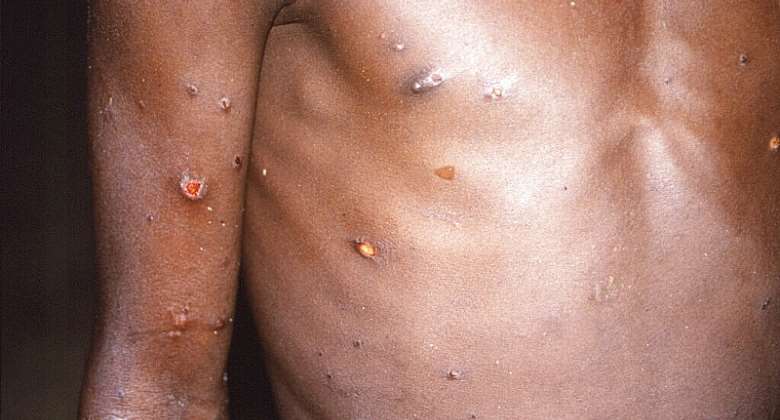 Health authorities in France and Denmark want to start a vaccination campaign targeting adults who have been exposed to monkeypox – a milder version of smallpox that spreads easily through sexual activity.

Five cases have been detected in France and two in Denmark, although the UK and Spain are bearing the brunt of European outbreak with dozens of infections between them.

The rare virus – most commonly found in remote parts of Central and West Africa – has been causing alarm in Europe despite its low mortality rate of 4 percent.

“The cases in Europe have occurred mainly, but not exclusively, in men who have sex with men - with no direct link to people returning from endemic areas," French health authorities said on Tuesday.

A post-exposure strategy to vaccinate contact cases – including health staff – makes sense, France says, given the virus's incubation period is six to 16 days.

Although there is no specific vaccine for monkeypox, a smallpox jab offers 85 percent protection. France is recommending the vaccine be given within four to 14 days following exposure.

In the event on symptoms – fever and rash with blisters – France is urging people to call medicate authorities and to self-isolate.

Meanwhile Germany, which has logged five cases, this week placed a bulk order for 40,000 vaccine doses in preparation for a severe outbreak.

This is despite World Health Organization advice that said monkeypox did not require mass vaccinations because its spread would be controlled via hygiene measures and safe sexual behaviour.

Experts say monkeypox can be transmitted through lesions and body fluids, close household contact, respiratory droplets and by touching or eating an infected animal.

Overall the world has more than 250 confirmed and suspected monkeypox infections – with 100 of those in Europe.

Franklin Cudjoe back calls for probe into Covid-19 expenditu...
43 minutes ago

North East: One killed in clash between two communities
43 minutes ago