By David Coffey with RFI
France 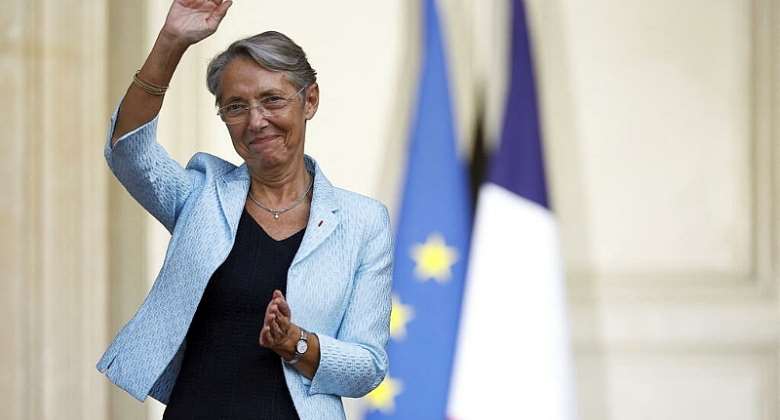 Newly appointed French Prime Minister Elisabeth Borne has been mandated by President Macron to implement an "ecological time-line" promised during his re-election campaign.

Borne's appointment to lead the French government, and steer the country to a low-carbon economy, has been met with mixed reaction from France's political class.

Upon taking up the role of PM on Monday, Borne was quick to note that France must act "faster and stronger" in the face of climate and ecological challenges by following "the new method desired by the President of the Republic."

Between ambitious short- and long-term goals, France's transition to a low-carbon economy requires orchestration and leadership - in response to criticism from French courts that the state is not doing enough to reduce the greenhouse gas emissions.

But for climate experts, putting the radical and rapid transformation of economies and lifestyles at the heart of government policy is needed to limit global warming to below +2°Celsius - and if possible +1.5°Celsius - compared with the pre-industrial era.

And this will require ambitious government targets and a form of time-line to achieve them.

This comes after the European Union set extremely ambitious targets for 2030 and 2050, coupled with public investment for member states and the possibility of fines if the rules are not respected.

In 2008, the Climate Change Act in the UK set a target of an 80% reduction in emissions by 2050 compared to 1990 - which has since been strengthened - with the introduction of legally binding carbon budgets for each five-year period.

However in a French context -  where successive ministers in charge of the environment and climate have lost a number of arbitrations against the Ministries of the Economy or Agriculture - climate specialists say that entrusting this strategy to the head of government "is the best solution."

Nonetheless, the appointment of Elisabeth Borne as Prime Minister with a green agenda at the centre of government policy has raised eyebrows among French politicians.

For far-right pundit and former presidential candidate Eric Zemmour, he lamented that Emmanuel Macron "[has] once again appointed a technocrat to have his hand in everything."

The National Rally leader Marine Le Pen (RN) also complained  that by appointing Elisabeth Borne as Prime Minister, "Emmanuel Macron demonstrates his inability to bring people together and the will to continue his policy of contempt, deconstruction of the state, social ransacking, tax racket and laxity."

The far-right have tried to paint Borne, who served as Minister for Labour during Macron's first term in office as a socialist "woman of the left, who has done her training on the left, from Lionel Jospin to François Hollande."

Former centre-right presidential candidate Valérie Pécresse and president of the Ile-de-France region was more supportive of Borne's nomination, who is France's second ever female prime minister: "All my Republican congratulations to @Elisabeth_Borne. She undoubtedly has the necessary commitment to become the second female Prime Minister of our country. I wish her the best for France."

However Communist Party leader Fabien Roussel, didn't pull his punches in his criticism of her appointment, saying on Twitter: "With Elisabeth Borne, Macron has found his Mrs Thatcher. Technocracy in the service of money".

Unsurprisingly, Jean-Luc Mélenchon, who came third in the first round of the presidential election on 10 April, lambasted Macron's choice calling her "one of the most politically divisive figures," who the far-left firebrand says will usher in "a new season of social and ecological abuse."