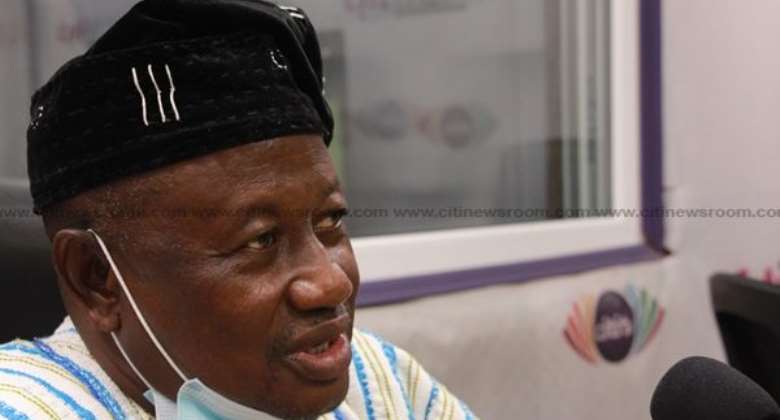 The 2020 flagbearer of the People's National Convention (PNC) David Apasera, is blaming the party's former leader, Dr. Edward Mahama, for the current turmoil within the party.

“I think the blame falls squarely on [Edward] Mahama and nobody else,” Mr. Apasera said to journalists in Accra on Tuesday, May 17, 2022.

According to Mr. Apasera, Dr. Mahama, who had said he had washed his hands off the PNC, was seen taking part in meetings to have the 2020 flagbearer and the party's National Chairman, Moses Danibaah, suspended from the party.

“The last so-called SEC meeting that sacked me from the party, Dr. Mahama called the people… so how would you say that it is not Mahama who is engineering it?”

A rift within the PNC has seen Mr. Apasera and their National Chairman, Moses Danibaah, dismissed from the party.

The party previously suspended the two over allegations of misconduct and embezzlement of party funds to the tune of GHS 1.7 million.

In April, factions in the party clashed over who could have access to the party's headquarters at the Abavana Junction headquarters in Accra.

It took the intervention of personnel from the Nima Police station to restore calm.

Internal wrangling within the party over the past year has led to the party's headquarters being locked up by the police as the two factions of the PNC fight over who can have access to the building.

Akufo-Addo going to IMF is not victory, it's a day of sadnes...
53 minutes ago