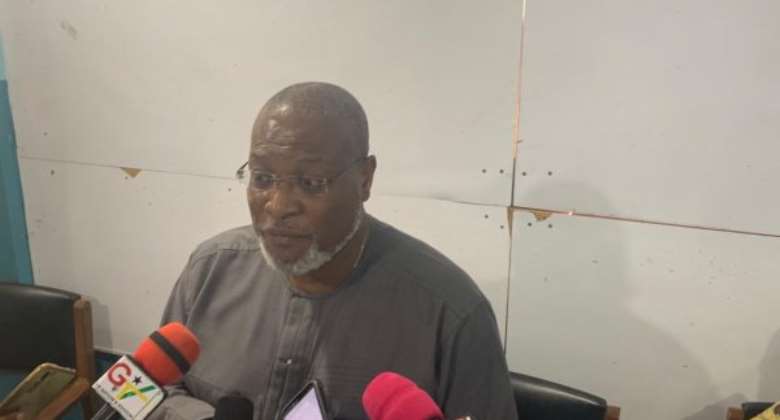 Former late President Professor John Evans Atta Mills has been described as a beacon of hope for the people he encountered, particularly the youth he dealt with and related with during his leadership roles as a statesman.

Addressing the press on Monday in Accra to announce the series of events to mark the year-long 10th anniversary of the late President, Dr Alex Segbefia, Board Chairman of the John Evan Atta Mills Memorial Heritage (JEAMMH) called for the inculcation of the ideals and values of Prof. Mills into the upcoming youth where they could sacrifice, have a vision, and have patriotism as their cornerstone for succession.

"Our programmes as we go along will be conveyed regarding what we want to do with scholarships, what we want to do with youth programmes, etc that are yet to come. For now, let's take time to celebrate and mourn him, and once we have done that, you will learn further what it is we have for the youth of Ghana but we don't want it to be seen as a partisan issue," he said.

Dr Segbefia said to celebrate the national icon, regional lectures have been scheduled throughout the country under the theme: “Ten years on The Man John Evans Atta Mills”, however, the local organising committee for each cluster of regions were free to choose a sub-theme for its lecture which would be consistent with the national theme and would fall within the broad national framework.

According to the Board Chairman of JEAMMH, the 16 regions of Ghana have been clustered into five groups for purposes of regional commemorative lectures namely the Northern Cluster, Central and Western Cluster, South-East Cluster, Middle Belt Cluster and Ashanti and Eastern Cluster.

“While the Northern cluster comprises the five regions in Northern Ghana namely, Northern, Savannah, Upper West, Upper East, and North-East regions, the Central and Western comprises the Western and Central Regions with the South-East Cluster comprising the Volta and Oti Regions.

“The Middle Belt Cluster, which has the Bono, Bono East, Ahafo and Western North Region lecture will be held in November at Sunyani and the Ashanti clusters being Ashanti and Eastern will end the 10th-anniversary activities and will be held in Kumasi in December,” he said.

Dr Segbefia said the highlight of the tenth-anniversary commemorative lecture would be delivered in Accra on Tuesday, July 26 2022 at 1500 hours adding that, "that lecture will also double as the Greater Accra Regional Commemorative Lecture."

He noted that the Northern Cluster, which had its local organising committee being chaired by Naa Andani, Former Executive Director of Stanbic Bank, and member of the Advisory Council of the JEAMMH would have its lecture on May 28, 2022, at the University of Development Studies, Tamale Multipurpose Hall at 1500 hours.

He said five thematic speakers would deliver the lecture on topics including Taxation, Gender and Inclusion, Youth in Leadership, Networking and Social Capital in the 21st Century, Public Service and Human and Social Development.

“It is however important to mention that at the Tamale Lecture, “The Great Launch”, which is the title of the proceeding of the launch of the John Evan Atta Mills Memorial Heritage” held on 1st February 2022, which has been published into a book will be launched and put up for sale to the public,” he said.

Mr Segbefia said JEAMMH would commemorate July 24th, 2022, the exact day on which former President Mills died with a memorial service at the Asomdwee Park in Accra in the afternoon.

He told the press wreaths would be laid on the late Prof Mills' grave at the Asomdwee park at 13:40 hours, "the exact time that the doctors pronounced him dead at the 37 Military Hospital," he said.

The JEAMMH was birthed and duly incorporated on October 14, 2021, after its incorporation, it was launched on February 2022.

It is chaired by Togbe Afede XIV, Agbobomefia of the Asogli State of the Volta Region, Vice chaired by Dr Esther Ofei Aboagye, former Director of the Institute of Local Government Studies and 15 advisory council members.