‘My big brother’ John Ndebugre was a mentor, comrade – Mahama 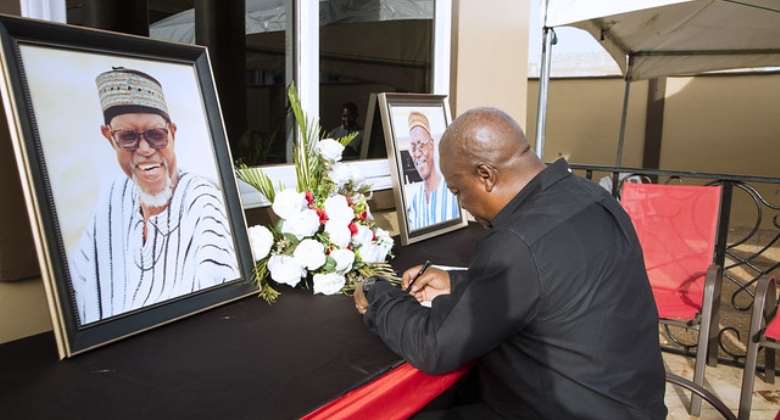 Former President John Dramani Mahama on Saturday, 14 May visited the home of the late John Ndebugre in Accra to commiserate with his family.

Seventy-two-year-old former MP for Zebilla died on Friday, 6 May 2022 in his Zebilla residence in the Upper East Region after a short illness.

Signing a book of condolence, Mr Mahama wrote: “So shocked to learn of your sudden passing. You’ve been an elder brother, mentor and comrade”.

“Your words of advice and good counsel have served me well in my political career. Rest in peace, my big brother.”

Going to the IMF with Ken Ofori-Atta leading will yield no r...
35 minutes ago