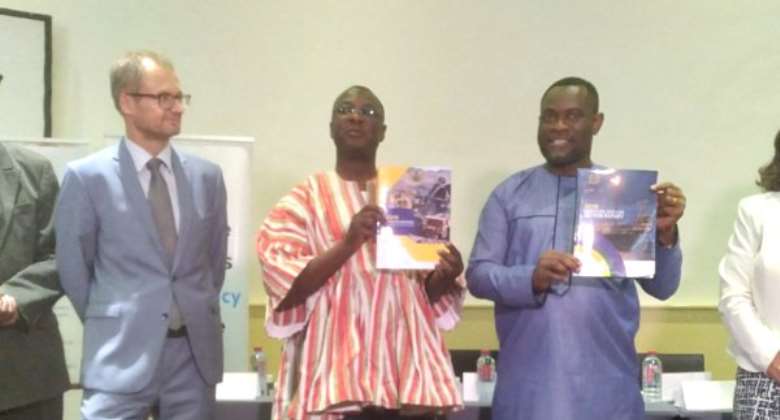 Ghana's upstream oil and gas sector contributed 3.83% to the Gross Domestic Product in 2020.

Dr John Ampontuah Kumah, a Deputy Minister of Finance, said the contribution of the upstream oil and gas sector to energy generation in Ghana could not be over-emphasized.

Dr Kumah said this when he launched the 2019 Ghana Extractive Industry Transparency Initiative GHEITI Reports for the Mining and Oil and Gas Sectors in Accra.

Currently, Ghana EITI with the support of the Multi-Stakeholder Group (MSG) have so far produced 16 EITI Reports in the mining sector and nine reports for the oil and gas sector.

He said the gas produced from the sector was supplied for domestic power generation in the country.

In 2020, a total of 88,515.58 million Standard Cubic Feet (MMSCF) of associated gas and non-associated gas produced from Jubilee, TEN and SGN fields were supplied to various thermal plants in Ghana for domestic power generation.

The Minister said a total of 580,034.37 MMSCF had so far been produced from 2014 to 2020 and had been solely utilized for domestic power generation in Ghana.

He said due to the COVID-19, the government was given approval by the Parliament to reduce the cap on the Stabilization Fund from US$ 300 million to US$ 100 million to cream off GH₵1.2 billion as excess over the Cap to fund the government's Coronavirus Alleviation Programme.

Dr Kumah said gas production in 2020 rose sharply because of the commercialization of natural gas in Ghana.

He said in the oil and gas sector, a total revenue of US$666,390,751 accrued to the State in the year 2020 from Royalties, Carried and Participating

The Minister said the government also received US$225,301 as income earned on the Petroleum Holding Fund.

The petroleum sector's total receipt of US$666.39 million in 2020 contributed seven per cent of total government (domestic) revenue for that year.

A total of 3,711 employees were engaged in the upstream petroleum sector, 3,211 being Ghanaians and 500 expatriates as part of efforts by the government to reduce the unemployment rate in the sector.

Dr Mohammed Amin Adam, a Deputy Minister of Energy, said the notably impressive numbers could not be sustained as COVID19 pandemic and the transition towards cleaner fuels heavily impacted the oil and gas industry.

Dr Adam said the government had recognised that Ghana must take leadership to steer the oil industry to the era of growth maximization.

The Minister said countries like Nigeria and Venezuela that had been hit harder, were putting their destinies in their own hands.

Dr Adam said as a small producing country, "we are also taking measures to increase our stake in producing fields to generate more revenue for the state, and to support Ghana National Petroleum Corporation's operations."

He said the Corporation had successfully increased its stake by 7 per cent, whilst negotiating to increase the country's shares in the Aker energy and AGM blocks.

He said despite the positive impact of the EITI processes, the sector needed to do more on the accountability dimension.

The Minister said the process had not been successful in carrying the majority of Ghanaians along; and had therefore not yet achieved public ownership of the process, an important requirement of ensuring accountability.

He said the majority of the people still did not know about EITI and its reports and had not used the information in those reports to ask legitimate questions and engender public accountability.

"We must therefore increase the sensitization and find innovative ways of enhancing the reading and utilization of the reports by citizens," he said.

PRINPAG goes to the polls on August 12 to elect new executiv...
14 minutes ago