Over 5,000 acres of cashew plantations destroyed by fire in Banda district, affected farmers cry for help 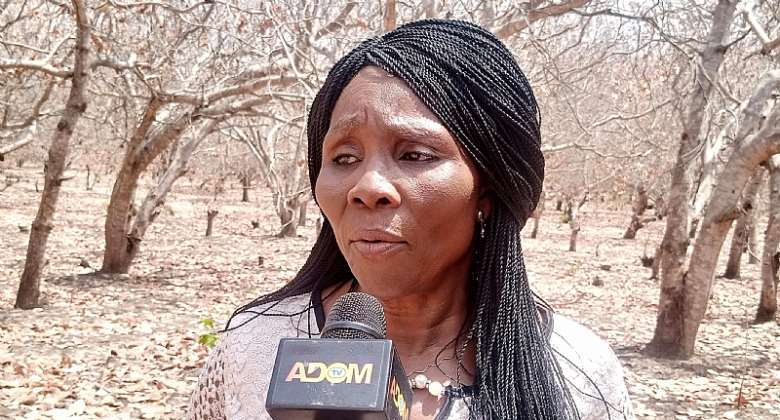 Fire has destroyed more than 5,000 acres of cashew farms in the Banda District of the Bono Region this year.

About 500 farmers, including women in 24 communities in the district have lost their socio-economic livelihoods, as the outbreaks further swept through acres of soya beans, maize and yam farms.

Because the farmers said they sought loans, they were afraid the financial institutions that granted them the facility would come after them, and therefore appealed for the government's intervention.

Banda-Kabrono, Nyire and Gbao are the worst affected farming communities, and the farmers have therefore called on the government to support them with seedlings, fertilizers, weedicides and other farm inputs to re-plant their farms.

The farmers identified uncontrolled and unscrupulous activities of local hunters, charcoal burners, as well as the influx of nomadic Fulani herdsmen in the area as the factors contributing to persistent fire outbreaks in the districts.

Speaking at a news conference at Banda-Kabrono on Wednesday, Mrs Helena Awurusa, the 2021 overall national best female farmer, and spokesperson for the affected farmers said she also lost 17.5 acres of cashew and palm plantation.

Mrs Awurusa said the people anticipated a severe famine due to the extensive destruction of the farms, and appealed for food aid for the affected farmers in the deprived communities.

She called on the Banda District Assembly to reinforce its anti-bush bye-laws to control the recurring fire outbreaks which had become an annual ritual in the district.

Mrs Awurusa said because of lack of logistical support, activities of the fire volunteers and squads in the local communities had halted for some time, and called on the District Fire Command to revive the volunteers.

She said the district also experienced erratic rains slowing down farm work, saying most of the crops planted could not do well, and appealed to the government to build irrigation facilities in the area.

Mrs Awurusa however commended the Bono Regional Agricultural Directorate for its support, saying the farmers required more seedlings and inputs to sustain the Government’s Planting for Food and Jobs (PfFJs) programme in the district.

Nana Kofi Gbankana, the Chief of Nyire, and the Acting President of the Banda Traditional Area who said he lost about four acres of cashew, called on the District Assembly to ban hunting and charcoal burning in the area during the dry seasons.

He said poverty in the area had worsened and expressed the fear that if nothing was done immediately, the situation would affect the security in the area.

Madam Akua Manu Ababio, a resident farmer at Kabrono said because she lost 10 acres of cashew, millet and beans farm, it was now difficult for her to provide the educational needs of her two children at the Kwame Nkrumah University of Science and Technology (KNUST).

“My children have been in the house since they opened school because I don’t have any money on me to pay for their hostel and other fees”, she said.

Mr Francis Ofori, another farmer at Nyire said he lost about 48 acres of cashew and expressed the fear that very soon the financial institution that granted him the loan to engage in the plantation would come for him.

“All our investments are gone. We don't have anything left, and so it would be difficult for many of us to pay back the loans unless the government comes to our aid”, he said.