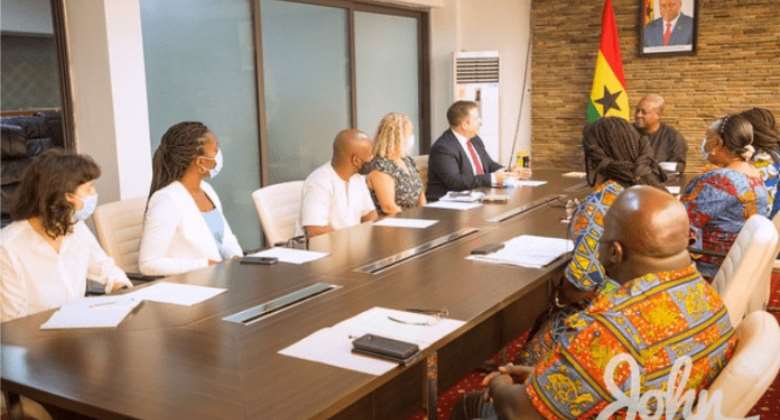 The 2020 Presidential candidate for the National Democratic Congress (NDC), John Dramani Mahama has told UK’s Commonwealth Parliamentarians that President Nana Addo Dankwa Akufo-Addo has abandoned projects his administration started but could not complete.

The former President made this report to the UK Parliamentarians on Friday, January 28, 2022, when he hosted them in Accra.

Lamenting the neglect of projects, Mr. Mahama said it is shameful on the part of the current Ghana government led by H.E Nana Addo Dankwa Akufo-Addo as president.

“We didn’t see it as brazenly in other governments. It is something that is with this particular [Akufo-Addo/Bawumia] government,” the ex-president reported.

The Members of the CPA UK are in Accra for a Trade and Security Workshop for the UK and African parliamentarians to explore how both parliaments can address trade and security issues in the context of unexpected external events like COVID-19.

The delegation is led by the Cardiff South and Penarth Member of Parliament, Stephen Doughty.

Mr. Doughty who represents the Labour Party with the delegation discussed with former President John Dramani Mahama issues of sub-regional security, effects of COVID-19 on the economy, as well as affirmative action and the role of women in the growth of the economy.

There were also discussions on the African Continental Free Trade Area (AfCFTA) and the worrying issue of abandoning projects started by previous governments in the country.