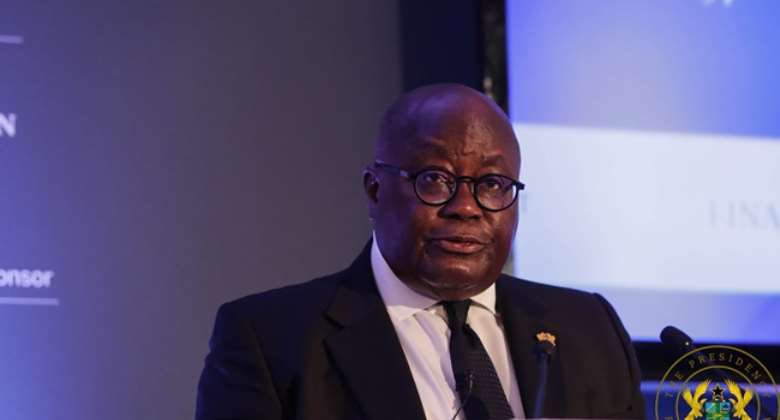 The subject of corruption has always featured predominantly in our political and public discourse. Indeed, it is the most talked about subject by politicians during electioneering period, especially. Politicians are often in a haste, in one way or the other, to mare one another with corruption allegations. A good number of these allegations end up as palpable lies well calculated to destroy others, politically.

We cannot discount the fact, however, that political corruption continuous to swallow a chunk of our national cake, denying the ordinary citizen the needed development. I do remember vividly how the former president John Dramani Mahama was accused, vilified and persecuted on daily basis on allegations that later proved to be outright lies or exaggerations or both. Most of these accusations came from Nana Akufo Addo and his NPP surrogates while they were desperately looking for political power. For them, voting for Nana meant that corruption was banished from the country. The NPP and its media surrogates “packaged” the man, Nana Addo, as incorruptible and that his government will not condone an iota of corruption.

To keep the deceitful tactics, the NPP government promised to create the Office of Special Prosecutor to act as a panacea to the conundrum of corruption in Ghana. Upon the assumption of power in 2017, Nana indeed created the OSP and appointed a long standing anti-corruption crusader, Martin Amidu. The appointment of Martin Amidu saw a mammoth celebration in the camp of the NPP across the country. To them, it was an opportunity to prosecute former appointees under the erstwhile NDC government as a combative measure against corruption. At the time, I wrote this, to warn the government and those who were jubilating over the creation of the OSP and the subsequent appointment of Martin Amidu. https://www.ghanaweb.com/GhanaHomePage/features/The-jubilation-over-the-appointment-of-the-special-prosecutor-616868

Lo and behold, when the same government was caught by the metrics and traps of the Office, they took a different lane. I mean, when Nana Akufo and his boys’ nefarious connivance were exposed in the infamous AGYAPA deal, the government demonstrated no shame by calling Martin Amidu names and gave him threats upon threats till he resigned.

To them, that is the way the fight against corruption is won. Once, they are involved, the scale must be reset. This created the impression that government created that office to go after its political opponents and not corrupt officials. Time has really given credence to this impression. I am not surprise that this government has proven to be the most corrupt government ever in the political history of Ghana. Why?

Anytime an official of the government is involved in corrupt or potentially corrupt act, government shows no interest in any transparent investigation for prosecution. What has become a norm, is the concerted efforts led by the president to whitewash or clear such officials.

A very critical institution in the fight against corruption, the Public Procurement Authority, was turned into a conduit of corruption as the boss of the authority, an appointee of the government, Mr. Adjenim Boateng Adjei used the authority for his personal gains through illegal means. When he was caught by Manasseh Azuri Awuni in the famous “contract for sale” investigative piece, many thought that government would have used the pieces of evidence gathered to prosecute the culprit considering the gravity of his misconduct.

To the best of my knowledge, the matter was referred to the Special Prosecutor for further investigation and prosecution but nothing has since been heard about it. The conflict of interest aspect was investigated by CHRAJ and the outcome was extremely damming.

Again, the minister of Health, Hon. Kwaku Agyemang Menu procured vaccines from a third party at an inflated cost. He did so without informing parliament. When he was asked, he admitted wrong doing. Instead of facing some sanctions, he was publicly hailed by the president and other beneficiaries of his actions and inactions as being one of the best, when it is on records, that, others were either sacked from their positions or prosecuted for similar procurement breaches.

Clearly, under this government, its officials are above the law. The law only works on political opponents and this has increased corruption in the public space. There are numerous other examples like the gallamsey exposé that caught the secretary of the inter-ministerial committee against illegal mining, Charles Bissue receiving bribes, the missing excavators, the National Youth Authority scandal, the BOST contaminated fuel saga, the Ameri novation, among several others.

All the officials involved, are left to walk freely.I was not surprised when the 2020 Auditors General Report revealed that we lost a whopping 12.8billion Ghana Cedis to corruption, malfeasance and embezzlement. If this government had protected the public purse, it would not be hell bent imposing the infamous Electronic Transaction levy that targets at raising about 6.9billion Ghana Cedis from the already impoverished citizen.

Clearly, therefore, the previous government under John Dramani Mahama must be celebrated for chalking some successes in the fight against corruption. The debate on corruption is well settled by the statistics since John Mahama worse performance is their (the NPP government) best.

Plenty talks cannot win the fight against corruption. Corruption is fought by action and by equal application of the laws. What we are seeing is a well syndicated plan to loot and share. It cannot be said today that the man Nana Akufo Addo is incorruptible. His government has “won” the noble prize for corruption and he is proud.

The next government after 2024 will have a lot to do by going after the corrupt and potentially corrupt officials of this government to account to the Ghanaian people. No excuse will be accepted.

Ghanaians must hold this incompetent and corrupt government to account. The day is coming!!!