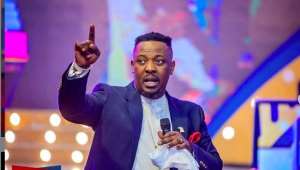 Founder and leader of the Prophetic Hill Chapel, Nigel Giasie, has released yet another video on his Facebook page, indicating he foresaw the recent stampede in the ongoing Africa Cup of Nations (AFCON) competition.

The post came alongside a video of the stampede that happened in the game between Cameroon and Comoros at the Olembe Stadium in the capital, Yaoundé.

He also asked for an encounter with any of Ghana’s security agencies which could possibly suggest there’s is something to be said of the country’s security.

“Another International Prophecy ABOUT AFCON 2022’COMES TO PASS’ N.B…..I WILL LIKE TO TALK TO ANY OF THE SECURITY BOSSES IN GHANA IF POSSIBLE, HUMBLYTHE CLOUDS ARE THICK…,” the post read.

The cause of the stampede incident that occurred on Monday, January 24, after the game between Cameroon and Comoros leading to eight deaths and several injuries is yet to be known to officials.

The Confederation of African Football (CAF) has opened an investigation into the incident and expressed it’s disappointment with such an unfortunate scene on the big stage.

“I have given the local organizing committee … up to Friday to tell me who was responsible for the accident, who shares the blame and additional safety and security measures taken to protect football fans, players and match officials.

“Our priority is the safety of people and if we are not assured that the stadium offers that safety, we will not accept matches to be played there again,” President of CAF Patrice Motsepe said.

Prepare for hunger in Ghana — GAWU warn Ghanaians
46 minutes ago